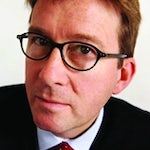 He said: “All governments, like all management teams, have a chance when they are new to decide where the priorities are. This government is going to focus on macro-questions of reducing public expenditure.”

He did not condemn this as a “wrong decision” but said it was a decision, nevertheless, and it appeared that investing in and encouraging private sector contributions to building a fit for purpose broadband network were not high priorities for the government.

Carter said he did not agree with the colaition’s shift in target from 2012 to 2015 for universal broadband access in the UK and added: “We were pilloried for not being ambitious enough.”

Several panellists at the forum pointed out that the UK was slipping behind other countries in terms of supporting the creative industries and broadband infrastructure were once it led.

Carter, also a former CEO of Ofcom, said that it might be time to revisit some of the regulatory framework surrounding broadband and the digital spectrum and “look at what is the big strategic question for the next five years.”

One controversial element was a proposed 50p levy on phone lines to fund the improvement of national broadband speeds to 2MB. This was transferred to a Finance Bill, but that was also dropped.