Marketers are “susceptible to creating really shit marketing” because they’re “inside the bubble”, according to Steven Bartlett.

Speaking last week (6 October) at Marketing Week’s Festival of Marketing, the entrepreneur and Dragons’ Den star said veering down this path can lead to “self-centred marketing” that fails to put marketers in the customer’s shoes, something he actively encourages his own team to avoid.

“The line I say to my team the most – whenever I feel like we’re too consumed by knowing how to create something because we’ve been working on it – is I ask them to put themselves on the side of the road,” he stated.

Bartlett asks his team to picture themselves stood in the rain, they’re called Jenny – a detail Bartlett has held onto for 10 years – and she’s just had an argument with her partner. Her tires are flat. She’s late for work.

What happens next in the exercise is the team must imagine Jenny pulling out her phone as if she’s trying to contact AA – and instead she sees his team’s work.

“What would we have to say to her in that moment to get Jenny to care?” he asks the team.

If you can appeal to the most desperate person, you get everybody else.

Bartlett explained that this exercise leads his team to “first principal answers”, where they can “appeal to the most desperate person”.

“If you can appeal to the most desperate person, you get everybody else,” he said of his marketing strategy.

Host of hit podcast Diary of a CEO, which has featured the likes of BrewDog CEO James Watt and former Health Secretary Matt Hancock, Bartlett explained his team dig down into the minutiae when marketing each episode.

“What thumbnail would we have to write on the podcast on Monday or Thursday to make Jenny care that day?” he asks them.

‘Policy of no surprises’: How On the Beach removed the barriers between marketing and finance

He tells the team they are going to have to make some kind of promise to Jenny in the first three seconds of the podcast promo that she really cares about.

Bartlett’s rise came, in part, down to the success of Social Chain, the social media agency he founded in 2014 and left in 2020, valued at £160m in 2019. He’s since gone on to launch startup Third Web, as well as marketing and communications consultancy Flight Story, while becoming the youngest dragon to appear on Dragons’ Den.

Bartlett applies the rules of his marketing approach to his personal brand. He has more than 860,000 followers on LinkedIn and told the audience that while everyone has a personal brand, “indifference is the worst outcome.”

“If you’re saying vanilla, if you’re speaking wallpaper, you can’t monetise that. You have to stand for something,” he said.

Bartlett explained he’s learnt over time the “only thing” he can be consistent with is being his “truest self”, or as close as possible. “That is in fact the most compelling thing,” he said, suggesting such transparency is in “the least supply, but most in demand.”

“I also think that’s why Diary of a CEO is successful, the prospect of getting the real essence of people – we don’t get a lot of that. It’s in high demand,” he added. 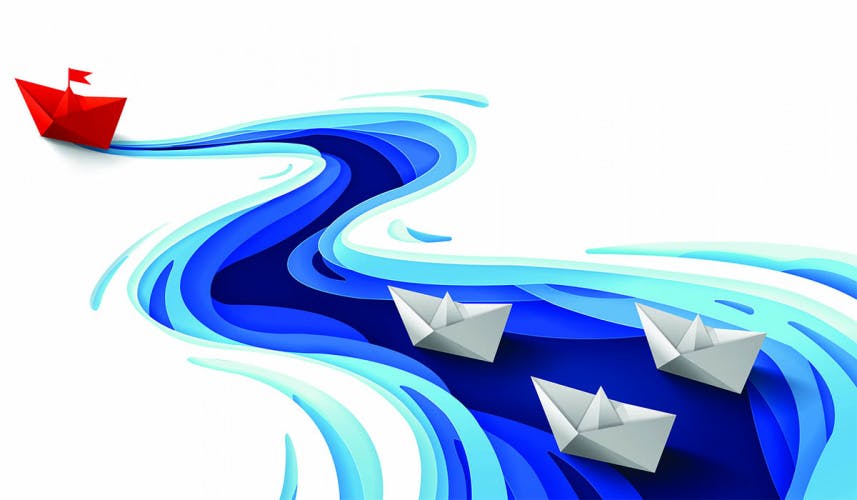 Despite the mounting challenges of running a business in 2022, Rachael Twumasi-Corson believes transparency, counting the wins and being kind to yourself are the hallmarks of strong leadership.