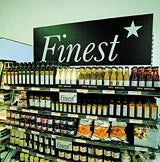 Gone are the days when supermarket own-label brands were the cheap, “me-too” alternatives to established brands. Supermarkets have branched out and now offer a high quality and diverse range of own-label sub-brands from premium food to clothing. Now homeware, it seems, is in their sights, as Tesco extends its Finest brand into crockery, cutlery, bedlinen, towels and glassware (MW last week).

Rival Safeway, meanwhile, is hunting for marketers to work exclusively on its own brands in its new product development team (MW last week).

All this would suggest that own-label brands are alive and kicking. In 2000, own-label products represented almost 20 per cent – worth £10.2bn – of total food sales, according to Mintel.

This has not always been the case. “A few years ago, customers were complaining that supermarkets were showing preference to their own labels over branded goods and that as a result there was not enough choice on supermarket shelves,” says Steve Gotham, senior retail analyst at Verdict Research. Research from IGD, which shows a slight decline in the percentage of own-label products bought by consumers since 1997, would appear to back this up.

But IGD says this is unlikely to be a long-term trend and forecasts further growth for supermarket labels, especially in the fresh foods categories, which it believes is a particularly strong area for own label. That’s good news for the supermarkets, which earn a higher margin on own-label products.

Own-label branding has become much more sophisticated. Supermarkets have moved on from creating imitation brands to developing own-label sub-brands that stand as brands in their own right. These brands have become an everyday feature of consumers’ lives and, as a result, have earned loyalty.

“Supermarkets are now relied upon and respected,” says creative director Tim Greenhalgh of brand design consultancy Fitch London, which created some of the first Asda brands and Sainsbury’s Local brand. “I could imagine Tesco opening a crÃ¨che tomorrow and people would use it.”

In the food market, the one category that own-label sub-brands dominate is chilled foods. This year, own label accounted for 98 per cent of the market (source: Mintel). But the food sector is becoming saturated, so that many supermarkets have explored non-food markets as an area in which they can develop own labels.

Tesco’s plan to extend its Finest range into homeware is part of that shift in direction. “It is our first major boost to the range since 1998 [when the sub-brand was launched],” says a Tesco spokesman. But he draws the line at Tesco establishing Finest-only stores: “I don’t think we’d do a Finest store because our ethos at Tesco is about being a broad church.”

He also rejects the possibility of a Finest clothing range, particularly because Tesco is the exclusive provider of quality clothing brand Cherokee in the UK.

Tesco’s other sub-brands include Healthy Eating, Organic and Kids, but Finest is its most successful, growing rapidly at a rate of 30 per cent a year. Next year, Tesco expects to generate £600m in sales from the sub-brand alone.

However, Leslie Chapman, senior manager of own-brand marketing at Sainsbury’s, warns that sub-branding can go too far: “There’s a danger that retailers will sub-brand everything and, in doing so, downgrade their proposition.”

Sainsbury’s has approached the own-label market through segmentation. Its brands include Free From, Way To Five and Blue Parrot CafÃ© as well as its value and premium ranges. Like Tesco, it is also moving deeper into non-food markets with sub-brands Perform+Protect and active:naturals. Chapman thinks it unlikely that Sainsbury’s will take any of its sub-brands outside its own stores.

However, Sainsbury’s Blue Parrot CafÃ© range has expanded beyond the usual confines of a supermarket sub-brand. “In two of our stores we are testing the concept of extending Blue Parrot CafÃ© from food into services,” says Chapman. To that end, it has created The Discovery Club, where parents can leave their children for Internet tuition while they carry out their shopping.

Own-label sales generate 38 per cent of Sainsbury’s total revenue, with its Taste The Difference premium range estimated to contribute between £200m and £300m. But with over 9,000 product lines and five significant sub-brands created this year alone, Sainsbury’s risks confusing its customers. “If you have too many sub-brands, what was once clarity becomes confusion,” says Judith Batchelar, general manager for new product development at rival Safeway.

For this reason, Safeway has not sub-branded many of its products. For example, its Italian range of ready meals has not become a sub-brand because the supermarket considers it to be a big enough category in its own right. Safeway uses the same reasoning behind its decision so far not to create a children’s range. “We will definitely take it into consideration, but from a customer’s perspective, is it truly a sub-brand or a range of products suitable for kids?” asks Batchelar.

Asda has also taken steps to simplify its sub-brands. “We are going through an internal programme called ‘Asda-ness’ to make it easier for customers to shop,” says Katriona Land, director for private label at Asda.

To this end, the supermarket has reined back its sub-brands to Asda, Extra Special, Good For You Organic and Smartprice, with the last generating about five per cent of Asda’s overall revenue.

One of the most famous brands to have emerged from Asda is its George clothing range, which is estimated to be worth £1bn next year. However, Land distinguishes between George and its other sub-brands: “It is part of Asda, but it’s also a stand-alone brand.”

Interestingly, Kwik Save has abandoned own-label sub-brands in favour of promoting secondary and tertiary brands, which have been the biggest losers of the development of own-label goods.

The top brands have been less affected by own label, especially since it’s not easy for supermarkets to break every market they enter. “Supermarkets couldn’t aspire to upper-level sectors of non-food, such as clothing or luxury health and beauty,” says Verdict’s Gotham. “They have got some premium brands, but they would struggle to take on the likes of Charles Worthington and Paul Mitchell.” Other product areas that could prove restrictive for own label include those that require a lot of innovation and development, such as an anti-wrinkle skincare or functional foods.

But such hurdles are unlikely to stop supermarkets in their development of own-label brands. With increasingly sophisticated marketing methods and room for further expansion into non-food categories, own-label branding is likely to increase. Whether they succeed or not, is largely dependent on how far they can persuade consumers of their credentials.