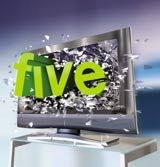 Liberated from the shackles of dual ownership, Five is now free to invest in a multichannel strategy for the digital age.

For years, chief executive Jane Lighting – and, before her, Dawn Airey – has had to go cap in hand to shareholders RTL and United Business Media. While RTL was willing to increase programming budgets and to look at developing a multichannel strategy, UBM’s Lord Hollick was reluctant to put his hand in his pocket. Five was effectively boxed in and had to look on while terrestrial rivals Channel 4 and ITV built their own families of digital channels.

Things got so bad in 2000 that RTL and UBM even went to court over the funding of film acquisitions.

Although relations have improved since then, Five has had no real chance to be master of its own destiny and to invest in a digital strategy.

However, when UBM chief executive David Levin replaced Hollick earlier this year, he wasted no time in negotiating the sale of the company’s 35 per cent stake in Five to RTL for &£247.6m in cash. Analysts believe UBM achieved a good price, valuing Five – which reported &£288.8m in revenue and an operating profit of &£19.5m for last year – at &£700m.

But for Five the deal does not mean an automatic increase in programming spend.

Five executive director of sales Mark White says the channel will still have to put together a business case for any future investment: “We have to talk about what we would like to do and what it will mean for the business.”

But he adds: “We can now be more nimble than before in taking up new opportunities.”

Numis media analyst Lorna Tilbian says: “Five has done well with a relatively meagre programme budget, but we would not rule out a major change over the next few years.”

White maintains that any increased spend will have to be justified by the business case. Similarly, he claims that there will be no free pickings from RTL’s production business, FremantleMedia, which through subsidiaries is responsible for such shows as The Bill and Neighbours.

And even if more money were to become available for programming, this would not automatically translate into an increase in viewing and advertising share.

However, investment in a multichannel strategy could lead to growth, and that is where RTL is likely to come to the aid of Five.

White says: “RTL has always said it would like to develop a family of channels in the UK, by acquisition, merger or organic growth.”

He admits that such investment will be easier now that Five is wholly owned by RTL.

TV buyers claim Five has done well to maintain its share of impacts, as more viewers sign up to multichannel television.

Starcom Europe, Middle East and Africa managing partner Andy Roberts says: “To remain steady is a good performance in a multichannel world. Channel 4 and Five have held their positions, whereas ITV has lost out. On meagre resources and a lack of promotion, Five has held its own. Just think what it could do if there was an investment in a multichannel strategy.”

Five has used its performance to negotiate a greater share of advertising revenue, up from 6.4 per cent in 2001 to 8.1 per cent for 2004, and 8.3 But according to TV buyers, Five needs to adopt a multichannel strategy if it is to see major growth. Mediaedge:CIA broadcast director Ian Anders says: “RTL and Five can’t do anything without a multichannel strategy. There will be no leap in market share.”

Following the breakdown of merger talks with Channel 4, the most likely path to growth is the acquisition of Flextech, which has been put up for sale by Telewest prior to its expected merger with NTL (see page 15).

Billetts Media Consulting chief executive Andy Pearch says: “Flextech would be a great fit. It would provide Five with some excellent channels and great brands.”

Lighting, a former managing director of Flextech, will no doubt be keen to get her hands on the portfolio which includes Living TV, Bravo and Challenge as well as a 50 per cent stake in UKTV, a joint venture with the BBC. Although RTL is likely to encounter competition from ITV, Viacom and private equity bidders for Flextech, it has access through its main shareholder Bertelsmann to a huge war-chest.

The alternative is to develop digital channels from scratch – a long and costly exercise and one that would require distribution discussions with cable operators NTL and Telewest as well as with BSkyB. It would also mean the acquisition of additional spectrum on Freeview, as the space Five had has been rented out on a long lease to Top-Up TV.

Whatever the outcome, Five must also concentrate on retuning its audience profile which, say TV buyers, is still quite old – the only channel that is older is ITV1 – and downmarket, despite the channel’s move away from its sleazy image.

One industry insider says: “Five looks to have matured and is sluggish. Over the long term, the audience profile has got worse.”

White says investments in US shows such as police drama CSI: Crime Scene Investigation; hospital series House starring Hugh Laurie; and Friends spin-off Joey, are helping to improve the profile and says that for the year to date, the volume of impacts increased for ABC1 adults by 3.4 per cent and for 16-34 year-old adults by 5.35 per cent.

Five is also banking on forthcoming shows, including US acquisitions Everybody Hates Chris and Prison Break, to increase the number of younger and more upmarket viewers.

If Five gets its act together, then other broadcasters may have to watch out. Tilbian warns: “A well-invested Five with multichannel back-up could prove a significantly tougher competitor for ITV in terms of audience and advertisers.”

With RTL now at the helm, rivals, in particular ITV, will certainly be keeping a closer eye on Five.