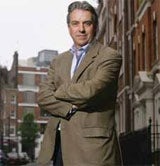 It’s always refreshing to see a new broom sweeping clean, and Adam Crozier, recently installed chief executive of ITV, did not disappoint as he squared up to a House of Lords select committee this week.

Among the insights he disclosed was an admission that ITV programmes were crap. Sorry, I’ll rephrase that in commercial media-speak. ITV has been driven into a “ratings rat race” by regulations that force it to air low-quality, cheap-to-produce, popular shows when it should be investing in high-quality but low-ratings programmes about the arts.

Crozier’s agenda is, of course, to blame the woeful quality of ITV’s current schedule on Contracts Rights Renewal, which ITV lobbying has so far failed to repeal. He reckons it has cost the broadcaster £262m in lost revenue since its introduction in 2003.

That kind of argument may well be received with hollow laughter at advertisers’ trade association ISBA.

If ITV isn’t about building mass audiences for advertisers, then what is it about? Excuse my cynicism, but Crozier’s argument is precisely the one usually wheeled out by commercial broadcasters to batter the “ratings obsessed” BBC. Isn’t the BBC supposed to concern itself with arts programmes that cater to a minority audience, leaving the commercial boys to graze unmolested on the sunlit prairies of popular fare?

Crozier is going to have to do better than that if he is ever going to convince advertisers of the need for a CRR rethink.