She will be the pivotal figure in integrating Kraft’s existing product range with the newly acquired brands at Cadbury.

Minick-Scokalo left Cadbury in slightly mysterious circumstances at the beginning of last July. In January 2009, she was appointed European president of the demerged Cadbury confectionery operation, and as such sat on the Cadbury executive board, reported directly to chief executive Todd Stitzer and had control over Cadbury’s confectionery operations in both East and West Europe.

But Stitzer, up to this point her champion, let her go in what appears to have been a selective senior management cull designed to cut costs.
How fortuitous then that Kraft should launch a takeover bid for Cadbury in September and, having sown up the deal a few days ago, hire Minick-Scokalo to mastermind the inegration of the Kraft ad Cadbury brands.

Integration of the two confectionery operations in Europe looks like an obvious fit. Cadbury, outside the chocolate-gobbling UK, is a patchwork quilt in need of rationalisation; Kraft, on the other hand, already has strong Euro brands in Milka, Toblerone and Terry’s.

I do hope the senior managers who stay on at Cadbury (the top three having already quit) were nice to Minick-Scokalo before she left. Ignasi Ricou, who succeeded Minick-Scokalo as Cadbury president of Europe, and Phil Rumbol, UK marketing director, will no doubt be polishing their CVs just in case.

I imagine she will also have a hugely enhanced fan club in the marketing services world. Ogilvy handles the Toblerone brand and JWT does Kraft corporate advertising, while Fallon need not lose all hope because Minick-Scokalo championed the “Gorilla” campaign.

England 2018, the team leading England’s bid to host the FIFA World Cup, is ramping up its marketing efforts to win support for its campaign among football fans. 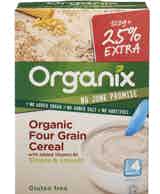