First, let’s get something out of the way. There’s been a lot of phony sentimentality about Cadbury and its brands during this protracted takeover. The global geographical fit between these two companies is highly complementary and the cultural gulf far less of a chasm than it appears. Sure, Kraft is a machine conglomerate that munches brands for breakfast: I won’t waste time on that. But Cadbury is not quite the pure-play quintessentially British property it seems.

A Quaker tradition and two hundred years of family history cannot disguise the fact that Cadbury these days is an international corporation like any other. Its key shareholders are American, its chief executive is American; the breadth of its markets is such that Britain accounts for a small part of them. Of a workforce of about 45,000, only 11% are based in the UK. Certainly it has proved an invaluable training ground for generations of UK marketers, who retain an affection for the company, and produced some great and quirky advertising (latterly through Fallon). But I doubt whether that has much bearing on how the company is regarded outside the UK.

The truth about Cadbury is it was – like a number of other great British corporate brands such as United Biscuits, Beecham, Boots and ICI – a relic of the British Empire. The Empire gave it favourable and abiding access to invaluable growing markets which would these days be recast as “emerging”. India springs to mind as a superior example. Nevertheless, along with the rest of these British brands, it did not create sufficient momentum to transform itself into a genuinely global corporation. Cadbury, whether as a soft drinks operator (Cadbury-Schweppes) or as a pure-play confectioner, conspicuously failed to crack the single greatest market in the world, the United States of America. Its long-term fate, in a globalising economy, could not therefore be in doubt. The surprise, if anything, is that it has taken so long to pass under the hammer.

That said, is Kraft the right global corporation to buy it? Whatever Kraft executives may say in public, the squeeze on Cadbury’s assets will start sooner than later. It will have to. Cadbury, it almost goes without saying, always meant a lot more to Kraft’s future than the other way around. A low-growth US-focused conglomerate in desperate search of high-growth emerging markets (such as Cadbury’s), Kraft needs not only to appease long-suffering investors (Warren Buffett being the largest) but to pay down a vast amount of debt it has incurred as a result of the takeover. By my calculations, this alone is about £7bn. The total figure is about £22bn. The near 20,000 jobs it shed and 35 sites it closed in the UK between 2004 and 2008 (mostly Terry’s) will be as nothing to the cost-cutting stringencies it inflicts on the Cadbury estate. Attila the Hun’s scorched earth policy may come to be judged mild by comparison.

Ultimately, however, there is a more important strategic issue at stake. Will Kraft know how to make best use of the brand culture it has acquired? I rather fear it won’t. Kraft is very good at text-book, incremental marketing. It knows how to build on existing brands by rolling them out internationally, as it has done very successfully with Oreo and will probably shortly demonstrate with TUC. It is less gifted in the new product development area. It’s hard to believe Kraft executives would ever have had the wit, or self-confidence, to acquire Green & Black’s; still less to build from almost nothing some of the world’s fastest-growing chewing-gum brands (Trident et al). You could, of course, argue that, thanks to Cadbury, the essential building blocks are now in place. All that is required of Kraft is to deploy superior resources to ensure that they are properly, if less imaginatively, exploited.

Even there, I find room for doubt. Mars, now it has acquired Wrigley, seems better balanced to exploit its global position; it remains essentially a confectioner. Kraft, on the other hand, looks like a corporate identity crisis in the making. Its confectionery elements remain only one part – admittedly a very important, unwieldy part – in the portfolio of a maker of groceries and “sweet snacks”. 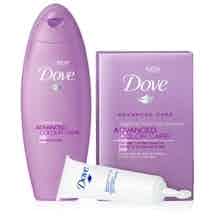 Unilever, the owner of brands including Dove and Peperami, is to beef up its marketing capacity by recruiting 30 new marketers and a UK brand director. 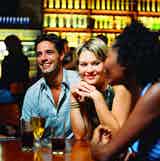 Industry bodies have accused a report that claims drinks companies are bending existing rules on marketing to young people of resorting to “slurs and innuendos” and being full of “ill-founded distortions”. 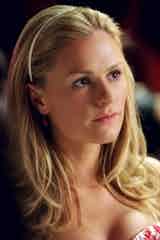 FXUK has developed extra content to play during the ad breaks for the second series of cult vampire series True Blood in a bid to retain viewer attention.