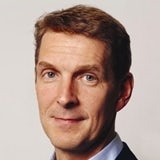 The Guardian Media Group (GMG) is appointing headhunters to help replace Carolyn McCall as chief executive of Guardian Newspapers despite commercial director Stuart Taylor being tipped as the favourite.

McCall has been appointed to replace Sir Robert Phillis as chief executive of GMG when he retires at the end of July and GMG has announced it will embark on a recruitment process to find her successor.

The move will be seen as something of a departure for the Guardian, which normally promotes from within when filling senior management vacancies. McCall had been Guardian Newspapers Limited’s (GNL) ad director, commercial director and finally deputy managing director when she was groomed for the GNL chief executive role.

Insiders confirm the company will consider “a handful” of external candidates, but say that Taylor is one of several GNL board members, including circulation director Joe Clark and operations director Derek Gannon, interested in the job that will carry the title of managing director rather than chief executive.

But press directors are baffled by what appears to be hesitation on GMG’s part, to appoint “supremely qualified” Taylor for the job.

One source says: “Stuart’s experience, stature and credibility is far beyond other commercial directors and he’d perform the managing director role admirably.”

Another source says: “Nobody understands and embodies the Guardian Newspapers brand more than Stuart. It’s surprising that they are looking outside at all with such a talented operator on their books. More than most media owners, it’s important for GMG to appoint someone who fits culturally and Stuart is it.”

Phillis is stepping down due to illness. McCall takes up her new role on August 1.