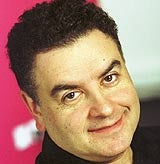 Earlier this year I was given permission to become a media owner while still being joint chairman of PHD. The fact that none of my colleagues saw this as a problem truly concerned me. For them, my involvement in student radio wasn’t seen as a conflict of interest as the student radio sector had not created a blip on their radar.

But now, as non-executive chairman of Campus Media, running the Student Broadcast Network (SBN), I have begun a crusade to cajole marketers and their media agencies into taking a more detailed look at how they should be targeting students.

On average, the adults of tomorrow spend three years at university – possibly the three most important years of their lives, when they will make decisions on so much more than just their careers.

In the unique cocoon of campus life with peer pressure, they will consciously make decisions on brands from type of coffee they drink to which mobile phone they buy. Newspaper-buying habits are established, computers bought, e-mail accounts opened and financial loans arranged. This powerful group makes significant brand choices and this is a window for brands to embark on a lifelong relationship.

Despite popular belief, not all students are penniless. After their college books, they spend their grants on buying white and brown goods, and nearly three-quarters of students buy their first car while at college. Most will go on to be among those with the highest levels of disposable income as careers blossom.

So what does the media and marketing community do? It ignores them. Why?

It is because we are pressured to focus upon campaign effectiveness; this quarter’s sales results. We have no resources to recruit tomorrow’s customer. We are intent on recruiting them later in life when they have made many of their brand choices. But, to do so will be achieved at a far greater cost and effort. Then again, it’s someone else’s problem, so why worry?

To be fair, the national press do try hard to create brand loyalty. Television promotes key programmes to great effect, while radio operators such as GWR and Capital have understood that student radio provides a unique service, which fits so completely with student lifestyles. To develop their appeal to the student market, the student stations will launch new schedules with revised content in September that will include shows from EMAP and other UK broadcasters.

On the advertiser side, the music business is completely switched on to the student market, while banks and insurance companies are geared to creating lifetime customers. Food and drink is another obvious sector. Red Bull’s work, for instance, has been outstanding.

It is time for the rest of the marketing community to investigate their own markets’ behaviour from the perspective of the student.