The fast food chain will move into phase two of its “Subcard” loyalty strategy early next year after updating its mobile app at the start of the month (7 November) to reward customers for their feedback. It will introduce an opt-in service for users to receive geo-targeted messages and in-app notifications about its latest offers and campaigns.

The restaurant is planning to test the frequency of messages diners can cope with in the coming weeks so they are not lost amid the growing number of targeted promotions from retailers.

Data garnered from the Subway app will be used to shape future promotions for the brand’s entire range as it looks to back its lesser-known offerings such as its breakfast menu and salads. The loyalty programme attempts not only to increase customer frequency across the UK and Ireland, but also drive same-store sales and generate higher revenue, according to the business.

Shetal Bhatt, European Subcard programme manager for Subway’s franchise holders, told Marketing Week the business is creating a “loyalty proposition around mobile that ties to its plans to use the platform to push “brand information” too. While the app has been created to function as a digital loyalty card, Subway does plan on using it as a central hub for its mobile marketing moving forward.

Bhatt says: “The next phase is very much about using the programme to talk about the range of products so that customers see it’s not just sandwiches that we sell. It’s about using the app to encourage customers to try something they’ve never had before because it’s easier for them to see.”

Separately, the app could host a mobile wallet, currently being rolled out in the US, pending its approval by Subway franchisee holders. The service follows in the footsteps of rivals such as McDonald’s, Burger King and KFC stateside by mobilising its payments. The trend has yet to take off domestically, however but the fast-food chain believes it could provide an opportunity to increase loyalty. 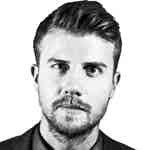 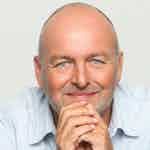 Ian Dowds, vice president and general manager for brand, UK, France and DACH at InMobi, considers how brands can optimise their mobile advertising through analytics