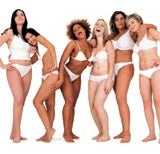 “I love trophies,” says Simon Thompson, Honda’s UK marketing director. “And so do my crew. They are a fabulous endorsement of the effort we make.”

Honda is no stranger to awards. Its Cog commercial, made by Wieden &amp; Kennedy London, won just about every accolade going – and its Diesel ad looks set to do the same. The company’s below-the-line work, through Hicklin Slade &amp; Partners, has also been commended by judging panels. One example was its work for Honda: mock seatbelts, offering the chance to win a car, were placed across every seat in the Albert Hall during the Honda Challenge tennis tournament.

“It’s fantastic when agencies win awards for their work,” says Thompson. “It’s great for their internal motivation. If efforts are recognised, they do more great work.”

But for all his love of Cannes Lions, D&AD pencils and MCCA merits, Thompson is much happier talking about results than prizes. He is proud of the fact that Honda’s awareness among the car-buying public has risen from 12 per cent, to 30 per cent, since the Wieden &amp; Kennedy campaign kicked off. He is pleased to announce that sales are up by more than 20 per cent, Web traffic is rising and showroom visits are increasing.

Gratified though Thompson is that the Albert Hall seatbelt campaign attracted the interest of the MCCA jury, he is happier that it attracted an 18.8 per cent response rate, and that 90 per cent of respondents were new prospects. “If we won an award for a campaign that didn’t work, I would go crazy,” he says.

But are agencies sometimes guilty of producing work that is designed to win awards rather than to sell products? Is it more about the glorification of the agency than promotion of the brand?

“That is still often the case above the line, but generally not below the line, partly because there are fewer big egos in the creative department,” says Leo Campbell, vice-chairman of promotional agency Claydon Heeley Jones Mason, which has won awards for its work for Callaway Golf, The Guardian, Impulse and Selfridges among others. 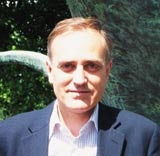 What’s more, says Hicklin Slade chief executive Justin Hicklin, most industry awards these days put a significant emphasis on results: “Gone are the days of doing something wacky or crazy just to get an art director’s award. Now the quality of the creative work is just one aspect of the whole project.”

Hicklin cites his agency’s award-winning work for Britvic Soft Drinks’ energy drink Red Devil. In one campaign, staff wearing Red Devil uniforms invited drinkers to “dice with the devil” for the chance to win the drink or other prizes. Sales rose dramatically after the campaign. In another instance, at the Brighton Pride festival, the brand organised a pole-dancing competition that generated a lot of media attention.

“It was a clever creative idea, well executed, but it was also simple, hard-hitting work. Its strength was in its clarity, not its cleverness,” says Hicklin.

Some creative teams may still try to do something flash or complicated for a brand that doesn’t merit that sort of treatment, but the suits in the agency are on hand to spot this and keep it in check. “We have very strict return-on-investment criteria,” says Hicklin. “We can be as creative as we want within the budget. I’d still rather have a creative department that was striving to be the best.”

So too would Martin Shellaker, board account director at promotions agency SMP, which has won more Institute of Sales Promotion (ISP) awards than any other agency. “When we’re writing campaigns, we do keep awards in mind,” says Shellaker. “When we’re working on an idea, we’re always saying to ourselves: ‘If we do this, it’ll be a definite award-winner’. However, some of the best potential award-winning campaigns never see the light of day.

“One of the things we talk about as an agency is the awards we’ve won,” he adds, “although in research with clients, it never really seems to make a difference in the decision to appoint us. At best, it’s a confidence-builder. A case history might be doctored by an agency to look good, whereas an awards entry has to be signed off by the client. It’s proof that the campaign worked.”

Ian Millner, managing director of marketing agency Iris, takes the opposite view. “We don’t want to be known as the agency that wins awards,” he says. “We want to be considered to be a serious business partner. Awards sometimes get in the way. You can get carried away about them and it can start to dominate your position in the market, but we want to keep our feet on the ground. We always used to forget to enter them, but last year we decided we would.”

A big clap for STI ads

As a result, Iris won the Grand Prix at the 2004 ISP awards for its Department of Health Sex Lottery campaign. Designed to increase awareness of sexually transmitted infections among 18- to 30-year-olds, the sponsorship campaign pulled together big brands to deliver a powerful message about social responsibility. Radio 1 covered the campaign in great detail and Sex Lottery condom packs were distributed at festivals and in clubs, bars and holiday resorts.

Last year, Iris also won commendations for its work for One United, Manchester United’s supporters’ membership scheme; its promotion of Discovery Channel’s Nefertiti Revealed documentary; point-of-purchase work for Puma’s Jamaica and H-Street ranges; and direct marketing for T-Mobile. Iris was also voted the MCCA’s agency of the year in 2004.

“But awards are never on the agenda when we’re thinking about ideas for campaigns,” says Millner. “To do good work, you need bright, progressive clients and bright, progressive people in the agency. If you approach everything as a serious communications exercise and carry out robust interrogation of consumers and their relationship with the brand, you will do effective work that achieves results. Awards are a happy by-product of that.

“Winning awards is part of the awareness-raising process,” he concedes. “It does help with recall, and when you think about the number of agencies in the market, we need all the help we can get.”

In addition, says Millner, some clients like the recognition that comes from winning awards.

Hicklin agrees. He believes the drive to create controversial, award-winning work often comes from clients themselves. He suggests that middle-ranking staff within client organisations sometimes want to do more daring work for the sake of their own career progression. Equally, they may suggest using television for a brand that doesn’t really warrant it, just so they can include TV experience on their CV. They know they won’t make the next rung of the ladder without it.

Such vanity, suggests Hicklin, can lead to campaigns that are flashy and innovative but have no hope of recouping their costs.

“There is sometimes an unspoken pact between such clients and their partners at the agency,” he says, “but the role of the strong marketing director and the head of the agency is to identify and prevent this.”

It would never happen at Honda, asserts Thompson. “Here in the marketing department, winning an award makes no difference to your remuneration or your promotion prospects,” he says. “And when I’m looking at CVs, I don’t want to know what awards people have won; I want to know what difference they have made to the business. Awards are a pure bonus.”

Nick Hoadley, managing partner at Triangle Group, Marketing Week‘s Promotional Marketing Agency of 2004, agrees that awards should not be part of the thinking when developing a campaign. And he points out that, above the line, there have been plenty of campaigns that have been famous without being effective.

“We never say: ‘Let’s be really controversial with this one.’,” he says. “I don’t think you can work like that. However, you do have a sense that you have the chance to do something really exciting with certain properties.” A lot of Triangle’s work is on integrated campaigns. For instance, the agency works on Dove Firming Lotion, the advertising for which features real women in their underwear, and Triangle came up with a promotion to offer women the chance to star in their own ad.

The fact that so much of Triangle’s work is integrated makes it increasingly difficult to enter awards, says Hoadley: “Work is harder to pigeonhole. Some of our work is pure communication with no promotion attached, so we don’t know which category to enter.”

He cites the Gordon’s Gin sponsorship of the Turner Prize: Triangle ran the promotional side, Carat organised the sponsorship and Trimedia handled the PR. The effectiveness of the campaign derives from all the elements working together.

Hoadley believes it is time for awards to move on from merely acknowledging effectiveness to reflecting the degree of cross- disciplinary teamwork involved. “To move forward, they should allow joint entries,” he suggests.

That way all the agencies involved, as well as the clients, can bask in the glory of seeing their efforts rewarded.