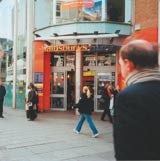 I agree with James Farnham’s suggestion that Sainsbury’s would be best off seeking to differentiate itself on quality grounds (MW last week). But it should perhaps go further than this, by incorporating some related values into its proposition.

Firstly, a commitment to ethical trading would play well with the same potential customers who are willing to pay a little bit extra for quality food. The Co-operative Group is leading the way on this, with its extensive commitment to fairly traded beverages and wines. Its recently announced policy on growing, selling and investing in genetically modified foods (it says it will do none of the three) is also likely to appeal to many of the same shoppers.

Gaining a reputation for supplier support, in the manner of the Superquinn chain in Ireland, also fits this profile nicely. Collaborating with a limited number of suppliers is by no means a new idea, but by building this into its brand image and communicating it appropriately, Sainsbury’s could enhance its ethical reputation while at the same time potentially improving its customer relationship management and logistics. Sourcing locally on certain lines – and broadcasting the fact – would add concern for the environment to a growing list of virtues.

All these initiatives should, of course, be supported by a marketing communications strategy that slowly but inexorably repositions Sainsbury’s as the supermarket of choice for the discerning and informed consumer.