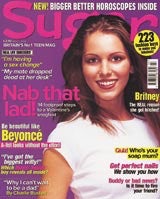 Hachette Filipacchi UK-owned teen magazine Sugar is understood to be talking to advertising agencies about rejuvenating the title after it suffered a large dip in circulation.

It is thought that the magazine will undergo a significant revamp enabling it to compete with rival National Magazine Company-owned Cosmo Girl. An advertising campaign is expected to follow soon afterwards.

HF UK head of publishing for teen titles Lysanne Currie, who oversaw the German launch of Sugar in 1997, says: “Nothing has been confirmed, but we are refreshing the product in a sector which has been wobbly for a long time. The fact that Cosmo Girl has done well means that the market is not in decline.”

Cosmo Girl has been the star performer of the teen sector, with an ABC circulation of 198,324 – up 5.4 per cent period on period and 39.6 per cent year on year.