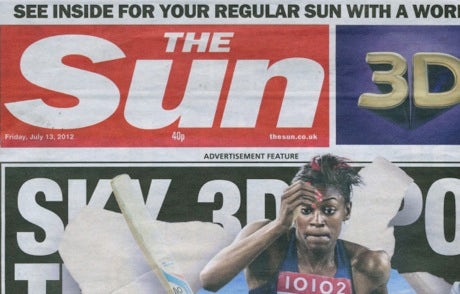 The two companies have partnered for the ad campaign to promote EuroSport’s forthcoming Olympic coverage, which will be available to Sky 3D customers. The BBC is also set to broadcast some Olympic events, including the men’s 100 metre final, in 3D.

The ad depicts British sportspeople, such as Tottenham Hotspur player Scott Parker, Warickshire cricketer Ian Bell and Team GB 400 metre hurdler Perri Shakes-Drayton, as though they are bursting out of the front cover.

Sky is hoping that by promoting its 3D assets, current customers will look to upgrade their TV packages and other consumers would look to subscribe ahead of the Olympic Games. The company is also continuing to incentivise people to subscribe by offering new customers a £25 Marks & Spencer voucher when they sign up.

News Corporation, which owns the Sun newspaper, also has a 39% stake in Sky. The Murdoch-owned business was pressing to take full control of the broadcasting company but its plans were scuppered after last year’s phone hacking scandal at the News of the World. 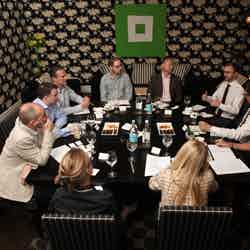 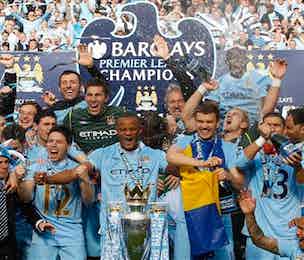 Barclays has renewed its sponsorship of the Premier League as the bank continues to make headlines for its part in the LIBOR interest rate fixing scandal. 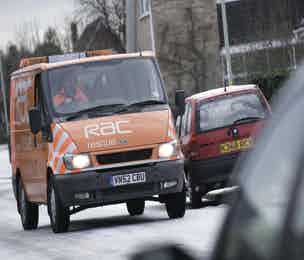 The RAC is set to roll out a new brand marketing strategy, repositioning as “The Motorists’ Champion” as it looks to steal share from its biggest competitor The AA.