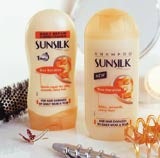 Unilever is poised to launch its biggest online campaign to date for its Sunsilk haircare brand. The campaign, which is believed to have been created by OgilvyInteractive, will run across the whole of Europe.

Sunsilk is one of Unilever’s 400 global power brands. A month ago it was revealed that Unilever was to put &£10m behind the UK launch of a range of hair-styling products to challenge Procter &amp; Gamble’s Pantene and Shockwaves and Alberto Culver’s VO5 Styling range (MW January 5).

It is thought that the pan-European online campaign will have two primary objectives: to build the brand’s profile across Europe and to capture a younger audience than it has traditionally enjoyed. An industry insiders says: “Younger girls are cynical about the claims that haircare products make, so they should be more receptive to a jargon-free approach from Sunsilk.”

Sunsilk was relaunched in the UK in 2003, but it has since struggled to make headway against market-leader Pantene.