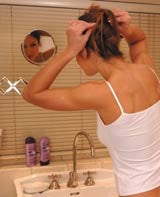 Unilever is to launch a range of hair-styling products under its global Sunsilk brand, backed by an advertising campaign worth an estimated &£10m, later this year. The move is a challenge to market leaders such as Procter &amp; Gamble’s Pantene and Shockwaves and Alberto Culver’s VO5 Styling range.

J Walter Thompson handles advertising for Sunsilk. Media buying will be through Initiative Media, until later this year, when the buying and planning will go to recently appointed MindShare.

Sunsilk was relaunched in the UK in 2003 but has struggled to dent the market leadership of the rival Pantene range, which also includes styling products. Sunsilk is one of Unilever’s top 400 global brands and last year additions to the range were backed by an ad budget of over &£17m. The company is expected to relaunch several of its shampoos and conditioners later this year.

The new range will include more than 12 hair-styling products aimed at women, as well as variants such as mousses, creams, sprays and gels. The products are expected to follow the Sunsilk strategy of addressing specific hair problems.