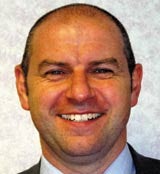 Superdrug has appointed its first marketing director since the chain was acquired by AS Watson, the health and beauty subsidiary of Hong Kong conglomerate Hutchison Whampoa.

Euro RSCG is to produce a new branding campaign this autumn for the retailer, for which it is expected to increase its spend.

Historically, Superdrug has spent &£3.75m a year on advertising. The new campaign will coincide with the completion of the roll-out of Superdrug’s new look, which incorporates a purple-blue fascia and modern silver lettering, across its 700-strong store portfolio.

In the past couple of years, the retailer has expanded its product range to include small electrical goods, jewellery and home, motor, pet and travel insurance. Besides that, it provides retail space for mobile phone network 3, which is also owned by Hutchison Whampoa.

Murphy refuses to be drawn on what other products the retailer plans to sell. “We are trying to work out the brand spectrum, and that is what is in development,” he says.

But he has ruled out introducing a “me too” Tesco Club Card or Boots Advantage card. Superdrug’s sales are more than &£1bn a year, with own-brand products accounting for a quarter of total sales.