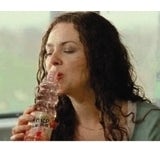 Somerfield has delisted Tango and 7UP – two of Britvic’s top brands – in all bottle and can formats, because of poor sales.

Tango Clear, which launched in 2005, is the only sub-brand in the entire Tango range which will still be sold in the stores. A Somerfield insider says: “Their base rate sales [for the range] didn’t justify space on the shelves. Tango Clear has a point of difference. It’s carbonated, but has no added sugar and comes in a range of flavours, in line with consumer demand for healthier products.”

He adds: “But around 90% of Tango sales are driven through promotions and when you have an own-label fizzy orange drink, Fanta and maybe Orangina as well, you don’t need another fruit carbonate which is number two in a declining category.”

A Britvic source says the Tango brand has been “realigned” and that Tango Clear is the new focus of the range. Other supermarkets denied – or declined to comment on – whether they were following a similar course of action.

The last television activity for the Tango brand featured Tango Clear at the time of its launch. A recent viral campaign for the product – a spoof of the Sony Bravia “Balls” ad in which oranges, lemons, apples and watermelons are fired down a steep street, denting cars and smashing windows en route – reached 2 million unique users, according to the soft drinks company.