While chief executive Sir Terry Leahy’s task was to make Tesco the biggest supermarket in the UK, those replacing him are likely to be charged with making it the greenest, say the analysts.

The senior role changes provide a hint to Tesco’s brand direction, they say. One key appointment, for example, is Tim Mason’s, president and CEO of the company’s Fresh & Easy business in the US. He becomes deputy CEO with the additional group responsibility for branding, company values and climate change.

Nielsen senior manager for retailer services Mike Watkins sees the link between branding and climate change as a big clue to the future of Tesco – and the retail sector more widely.

“Sustainability will be back on the agenda next year, and the success of the supermarkets will depend on who can communicate the issues best and who can show shoppers they understand the issue best. This may not only be the next phase for Tesco, but UK grocery more widely.”

Morrisons has made a similar move by appointing group trading director Martyn Jones to the new role of group corporate services director with a focus on corporate responsibility, PR and food safety.

While supermarkets remain the most popular places to shop in terms of sales, there remains a job to be done on “being liked” says marketing expert Stuart Roper from the University of Manchester’s business school. “One way they can do that is to be [openly] more responsible.
“The supermarket brands are so big now that they are the ones that can change shopping culture.”

Leahy is to step down in March 2011 and will be replaced by Philip Clarke, who is currently in charge of growing international presence. 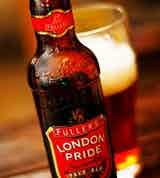 Drinks producer and pub company Fuller’s has backed a minimum price for alcohol, a move that puts the London Pride owner at odds with much of the drinks industry.