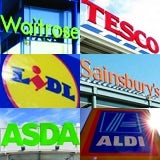 Growth across the sector dropped to 2.6% for the 12 weeks to 20 March compared to 3.9% last month, according to the latest Kantar Worldpanel supermarket share figures.

Discounters such as Lidl and Aldi continued to report double digit growth and Lidl reported its highest ever market share of 2.5%. The discounters’ growth is coming from existing shoppers increasing their spend rather than new shoppers defecting from the Big Four.

Value frozen food retailers Iceland and Farm Foods also outperformed the market, reporting sales increases of 4.2% and 11.7% respectively, as customers look for value for money in the face of falling disposable income.

At the other end of the market, upmarket grocer Waitrose continued to increase its market share to 4.3% compared to 4.1% a year ago.

Of the Big Four supermarkets, Tesco, Asda, Sainsbury’s and Morrisons, only the latter improved its market share, up to 12.2%.

Edward Garner, communications director at Kantar Worldpanel, says: “While there are no signs yet of the explosive growth in economy own-label ranges that we saw in 2008, there are now clear indications that value-for-money is driving retailer performance.”

During the period, sector growth also dipped below the rate of inflation (4%) for the first time since July 2009.

Separately, The Nielsen Company has reported that supermarkets have continued to employ “powerful promotions” to maintain sales as consumers look for ways to save money.

The research company claims that 40% of all sales are now on promotion. 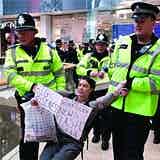 Consumers’ perception of brands dubbed “tax dodgers” and targeted in demonstrations by protest group UK Uncut at the weekend does not appear to have changed, according to YouGov data. 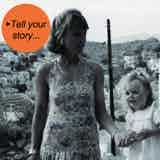 House of Fraser has launched on online Mothers’ Day campaign that invites customers to share stories about their mother. 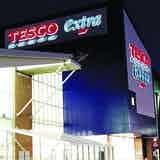 Tesco has been named the UK’s most valuable retail brand in a global report by Interbrand.