Supermarkets have come under fire for their role in the obesity crisis after new research found more than half of promotions are for products such as junk food and fizzy drinks, rather than healthy options.

Some 53% of the 77,165 promotions on offer at the major supermarkets between April and June were on unhealthy food and drink items – those high in fat, saturates, sugar or salt – according to mySupermarket data analysed by Which?.

It found the proportion of offers on unhealthy food varied between 52% and 55%, as it analysed promotions at Asda, Morrisons, Ocado, Sainsbury’s, Tesco and Waitrose.

In particular, it found evidence of supermarkets prioritising promotions in unhealthy categories, with seven in 10 soft drinks (69%) – falling under the higher sugar brand category for the government’s proposed sugar tax – on promotion.

In confectionery, meanwhile, 52% of items were on offer across the retailers. This compared to just 30% of fresh fruit and 34% of vegetables.

“It’s time for supermarkets to shift the balance of products they include in price promotions and for all retailers to get rid of temptation at the till by taking sweets off the checkout,” says Alex Neill, director of campaigns and policy at Which?.

READ MORE: Is the end of ‘buy one get one free’ multi-buy promotions nigh?

Should supermarkets be blamed?

But is pointing the finger at supermarkets fair? Bryan Roberts, insights director at TCC Global thinks not, highlighting that promotional activity is often run by the suppliers, rather than supermarkets.

“Promotions are geared towards popular products and what the public is demanding,” explains Roberts. “They are also funded by the suppliers. It is easy to blame the supermarkets whenever research like this comes out but they are just a mirror that reflects broader consumption habits.”

Over recent months, major supermarkets such as Sainsbury’s have cut multibuy promotions in a bid to move to a more transparent everyday low price model (EDLP). And Roberts believes this will create greater clarity and balance when it comes to promotions.

“All the major supermarkets, except Asda, are moving to EDLP when it comes to promotions so there will soon be greater clarity when it comes to the food that’s on offer,” he adds. “The supermarkets can always do more, sure, but nobody is holding the gun at the head of shoppers.

“It is sometimes easy to point the finger when there’s actually an entire culture within society that needs to change.”

Yet according to Which? there is demand from the public for healthier promotions. It found that 51% of Brits believe supermarkets should offer more healthy food choices in promotions, with 29% of consumers stating that the price of healthier food was the biggest barrier in purchasing fruit and veg more regularly.

Sainsbury’s believes its EDLP model is the best way to cut sales of cheap junk food. Its food commercial director Paul Mills-Hicks explains: “Since 2014 we’ve been working hard to remove promotions and invest money in regular lower prices. In doing so, we have made hundreds of fresh and healthy products affordable all of the time and our fresh produce sales are growing as a result.

“We have also taken a big step by calling on the industry to remove multi-buys, which we believe will lead to healthier diets and reduce household waste.”

A spokesman at Morrisons, meanwhile, was keen to point out that Which? had talked up its healthy credentials: “Morrisons is British farming’s largest supermarket customer and we make most of the fresh food we sell in our stores and so we are pleased that Which?’s research says we offer the highest percentage of promotions on healthy food.”

On the discounter end, Lidl says it is giving fresh fruit and veg a promotional place in-store through its ‘pick of the week’ promotion. It also insists it is meeting the department of health’s existing salt reduction targets.

And a spokesman for Britain’s biggest supermarket Tesco says it is on a journey to “reformulate” its ranges. “In order to help customers make healthier choices and help them to waste less food, we’re reducing the number of foods on promotion and moving to simple, everyday low prices on a wide range of fresh, healthy products.

“Earlier this year, we launched a new range of farm brands and our ‘Perfectly Imperfect’ range of wonky fruit and veg, both of which help our customers find great tasting fresh food at affordable prices. We’re also reformulating many of our products to include less salt, fat and sugar, and in 2014 became the first major supermarket to remove sweets from our checkouts.”

Chancellor George Osborne has confirmed a sugar levy will be introduced on all soft drinks by the end of 2018. 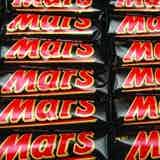 Mars is reducing the saturated fat content of its chocolate bars as part of its ongoing strategy to improve the nutrition credentials of its products.