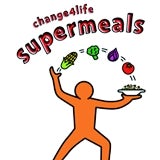 The supermarkets will fund price cuts on items such as fruit and vegetables and low fat yoghurt as part of an expanded new year push for its Change4Life initiative that aims to tap into parents’ resolutions for themselves and their kids to eat healthier in the new year.

Change4Life branding will appear throughout stores alongside information on how the discounted items can be used to make cheap, nutritious meals, dubbed “Supermeals”.

Four million recipe cards with healthy meal ideas will be distributed through channels including newspapers and a direct mail campaign.

A cookbook endorsed by celebrity chef Ainsley Harriet will contain recipes that can be made for under £5. Fifty thousand copies of the book will be available free through Change4Life media partner Daily Mirror from 20 January, while the same amount will be available to people already signed up to receive Change4life information.

It is the latest activity to draft in the private sector to help pay for and promote the government’s anti-obesity drive following 2010’s “Great Swapathon”, which saw companies including Unilever and Birds Eye fund discounts on their lower fat products in only Asda stores.

Public health minister Anne Milton says: “The New Year is a good time to think about losing weight. The Supermeals campaign will give us all some great ideas for balanced meals on a budget.”

Shadow public health minister Diane Abbott, however, says: “They’re calling this public health but it’s just a glorified advertisement for big business. This is a government that doesn’t take its responsibility around public health seriously.”

The case of Gerald Ratner should serve as a reminder to every owner, president or CEO intent on hurling abuse at their brand