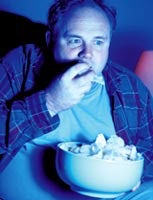 According to the latest Mintel report on vitamins and mineral supplements, the market was worth about &£355m in 2000, a rise of two per cent since 1999. The report says that by the end of this year the market will be worth &£365m.

A busier, modern lifestyle – often marked by stress – an increase in snacking and greater consumption of convenience food have all influenced the growth of the vitamins and supplements market.

Mintel believes that most people are taking supplements to gain the nutrients they are missing from their daily diet. Concerns about the deficiencies in diets, especially among children, pregnant women and the elderly, have contributed to the popularity of dietary supplements. Furthermore, consumers are now using vitamins and supplements to help prevent health problems such as arthritis and stress.

In terms of segmentation, supplements represent about 60 per cent of retail sales in the market, while vitamins and tonics account for the remaining 40 per cent. But over recent years the market has become volatile, with some traditional and established categories such as cod liver oil experiencing a downturn in sales. Products based on cod liver oil have seen a drop in sales from &£88m in 1998 to &£71m in 2000. However, the growth in the market is being driven by emerging premium sectors such as multivitamins, herbal medicines and minerals.

New product development – gel capsules and chewable tablets, as well as new supplements – has also played an important role in the market. Consumer interest has been revived by new supplements that claim to be beneficial for specific ailments and conditions. Herbal supplements have been the major success story of recent years, with sales trebling since 1996. Sales of unlicensed herbal supplements (which are often virtually identical to licensed products) amounted to about &£40m in 2000.

Middle-aged women represent a high proportion of users and are a key target for manufacturers. Mintel’s survey illustrates a clear correlation between usage and age. The use of vitamins and supplements peaks among men aged over 65 at 45 per cent, and among women aged 45 to 55 years old at 55 per cent.

There is also a variation in use according to socio-economic groupings. About 28 per cent of those in the AB group regularly take vitamins and supplements compared with just 15 per cent of Ds. Interestingly, the widest contrast in consumption occurs with age differences and not income variations. Mintel believes that even those on limited incomes will take vitamins and supplements if they believe them to be beneficial to their health.

Regular consumers are more likely to say that eating properly and exercising is important and have a more positive attitude towards health and diet. Occasional users, who take vitamins and supplements when they are run down or under stress, are more likely to be aged under 45 and in the pre-family or family group.

The vitamins and dietary supplements market is expected to grow steadily over the next five years, increasing by 13 per cent at current prices over this period. In future, multivitamins, single vitamins and cod liver oil will remain the core products of the market. However, established brands are already being challenged by own-label alternatives, which provide the same dosage and formula at a lower price.

This trend will cut the value growth of core products as average prices fall. Growth will come from the regular launching of premium priced products. In particular, brands will develop value-added features such as extra-strength cod liver oil with glucosamine or improved formats.

New product development will play an important role in maintaining consumer interest in the market. Products addressing specific health problems, which are not alleviated by conventional medication, will offer the greatest opportunities. But to gain long-term credibility they would have to be backed by solid scientific foundations.