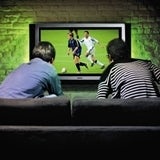 There is little appetite for the high definition (HD) television services launched this spring by BSkyB despite the media giant’s heavy promotion of the new technology, according to a new poll by ICM Direct.

According to the survey, commissioned by branded content specialist Contentworx, three quarters of the 1,000 adults questioned are “unexcited” by the prospect of watching programmes on HD TV.

But it does show 25% were interested in it, though this figure rose to 43% among 18- to 24-year-olds. The results were skewed to London, where 32% expressed eagerness to use the technology compared with Wales, where the figure was just 12%.

Andrew Canter, chief executive of Contentworx, says he was surprised by the lack of excitement about the arrival of high definition television.

He says: “It is a bit of a shock really, but consumers are bombarded with all this new technology and there is a bit of apathy. Sky was promoting it heavily on its channels and did a huge amount of cinema as well.”

He adds the technology, which offers crystal clear TV pictures, is expensive and complex. Viewers need to spend over &£1,000 on an HD-ready television set, up to &£400 on a special set-top box – though Sky puts the figure at &£299 – and &£10 a month payment to BSkyB which, he says, is “just profit for Sky.”

A BSkyB spokesman disagrees with the research and points out that advanced sales of HD set-top boxes hit 40,000 in three weeks.

He says/ “With 2 million HD-ready televisions expected to be sold this year, there is no doubt that consumers are demonstrating a strong appetite for change.”

The ICM research also found that about 7 million people watch television programmes on their PCs and laptops via broadband or on their mobile phone, which is a 37% increase since March this year.