The drinks company has shelved plans to launch a national TV and outdoor campaign as part of its latest big marketing push.

Instead, Suso chief executive Sean Uprichard, says it will focus its £2m budget on directly targeting teenagers in schools where its carbonated fruit juice brand is stocked.

It is currently available in more than 600 secondary schools and the company claims that new deals will see this grow to 1,000 by the end of September.

Uprichard says that while distribution in the impulse, grocery and on-trade channels remain key, the momentum it has gained since it began distribution in schools at the beginning of the year will now see it direct the bulk of its marketing spend to grow this channel.

As part of this, it has signed up to be a key sponsor of the Prince’s Trust Palace to Palace fundraising cycle ride on 27 September.

Uprichard says the tie-up will aim to put the brand in front of teens and families that are involved in the event.

It plans to unveil its first national schools campaign in January, with details yet to be finalised. It is also currently in talks with both agencies and consultants which are experts in education marketing to help create the new campaign. 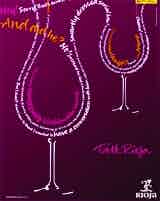 Wines from Rioja, the marketing body for UK Rioja producers, is launching the next phase of its Talk Rioja press and outdoor advertising campaign next week.

Audi has unveiled its first new logo in almost 20 years to coincide with the marque’s 100th birthday.