Indeed, by being able to shout out loud that M&S will be the world’s most sustainable retailer within five years, chairman Sir Stuart Rose will justifiably feel he successfully hijacked the negative headlines concerning his remuneration that were starting to re-emerge.

Following hot on the heels of public outrage over the salary package that will greet new M&S chief executive Marc Bolland when he starts his new job in May, investors had started to question whether they could afford Rose’s own £1.15m a year salary if they were paying the new man so handsomely.

Rose, believing that the M&S “national treasure” status means its management is often placed under a greater scrutiny than its counterparts elsewhere in the market, knows only too well that tough questions and media attacks are never too far away.

But Rose is a superb PR operator, who has an uncanny knack for understanding his customers.

He knows the sheer scale of the original Plan A, which stretched to every corner of the sustainability debate, captured his customers’ imaginations. He knows this because he is able to measure the success in consumer reaction, engagement and financial return. Quite apart from any increase in consumer spend that Plan A has prompted since its 2007 launch, it saved M&S £50m in its third year after being cost neutral in its second. If Bolland has to look for immediate cost savings, you can bet he’ll seek to accelerate Plan A.

“Rose knows only too well that tough questions and media attacks are never too far away. But he is a superb PR operator, who has an uncanny knack for understanding his customers”

But it didn’t just work because it was so ambitious. It worked because M&S talked about it well, through in-store materials, intelligently toned press ads and well executed PR.

This, crucially, is the bit that so many brands get so wrong. Our cover story, which was written by deputy features editor Jo Roberts and kicks off on page 14, provides lessons on the PR that goes with your efforts to promote sustainability. Plenty of you are under-selling the sustainability work you’re doing in an effort to avoid accusations of corporate greenwashing. Others try to tell the sustainability story in a way that leaves them wide open to those accusations.

Marketers must get under the skin of automated decision-making systems so they can help them make the right choice.

“Mobilise the people to shape your brand” (MW 4 February) raised some interesting opinions on harnessing the power customers yield effectively. 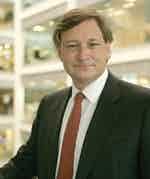