Early reactions from some analysts appear to welcome the news of a 50:50 JV between the two mobile operators.

Quite significantly, the newly formed business will see O2 usurped from its market leading position. Currently, the Telefonica-owned operator holds a 27% market share, followed by Vodafone with 25%, then Orange with 22% and T-Mobile with 15%.

The JV will see the latter two combine to take a 37% market share with almost 30 million mobile customers.

Strategy Analytics director of global wireless practice Phil Kendall says the deal is the best outcome for the two operators and the marketplace. “I think this is the ideal outcome. Early valuations of €3-4bn for someone to buy T-Mobile outright felt quite low from our point of view despite the challenging UK market.

“A merger makes more sense and solves problems around the relatively low margins T-Mobile was making. And Orange has been slightly more challenged in terms of scale on the 3G network. So it’s a big boost for them both.”

Orange chief executive Tom Alexander will head up the new company, with T-Mobile’s UK boss Richard Moat to step in as chief operating officer. The JV is also expected to generate savings of over €4bn (£3.5bn).

One of the big questions now being asked is the future of the two brands, which at least for the next 18 months will be maintained separately following completion of the transaction.

The next few months will also see the regulator Ofcom evaluating the deal with a fine toothcomb to address any anti-competition concerns.

Internally, there will be reviews of the structure of the new operation, from marketing departments, agency rosters and of course, the name of the new entity.

The instinctive response from some observers thus far has been that the Orange brand name will triumph over T-Mobile, not least because of its larger market share.

Future Brand head of client services Andrew Mulholland says T-Mobile’s problem is that it has never managed to establish itself as a strong brand in the UK in terms of brand recognition and recall.

“I don’t think it has been able to replicate the strength of the brand in Germany. From that perspective you could see that Orange would be the stronger bet to go with, though it [Orange] may have lost its way somewhat,” he says.

“If I was a betting man I would say we could see a rejuvenated Orange brand with elements from T-Mobile.”

However and in whatever shape the new company will take in the next two years, the reality of the increasingly competitive marketplace is that it faces even more marketing foes.

Its big brand challenge will not only be its fight to win the hearts and minds of consumers from rival operators, but also from handset makers and application providers which are all clamouring to be at the forefront of consumers’ minds and wallets. 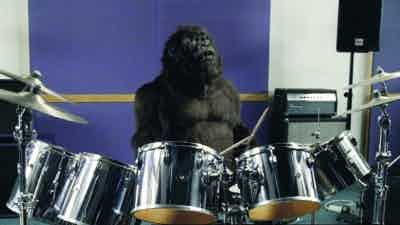 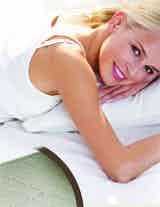 A round up of the retail news in this week’s papers, featuring DSGi, Marks and Spencer, Selfridges, John Lewis, Majestic Wine, Aquascutum, Jaeger, HMV, Tesco