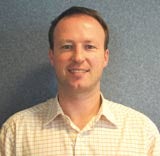 Stark moves from his current position as vice-president of marketing strategy and services and will report to T-Mobile chief marketing officer Ulli Gritzuhn, who joined the German mobile operator last month (MW December 9, 2004).

Francis left T-Mobile on October 31 after three years to pursue more “entrepreneurial opportunities” in the mobile telecoms industry. She helped to launch the company’s picture-messaging service before being promoted to vice-president of business marketing in 2002.

T-Mobile is restructuring its international marketing department as part of a drive to improve efficiency. Last week the company announced that it is cutting 2,200 jobs across the group, 475 of which will be in the UK. A spokeswoman confirms that the marketing department will be affected, but will not comment on numbers.

T-Mobile is closing its offices in Hammersmith, where the international marketing division is based, in May. Some of the 100-strong division will be relocated to T-Mobile’s UK headquarters in Hatfield, Hertfordshire, but there are expected to be redundancies.

The restructure is thought to have been sparked by the departure of chief marketing officer Nikesh Arora, who left T-Mobile in September (MW August 19, 2004). Unlike Arora, who worked from London, Gritzuhn is based in Bonn, Germany.