The mobile operator placed a giant sofa measuring 20ft x 12ft x 10ft – almost the size of a double-decker bus – n London’s Covent Garden Piazza and invited people to jump on the sofa to film scenes for a new set of TV ads.

The campaign is designed to promote T-Mobile’s ’Night In’ which rewards customers by giving them ’five things for £5’ at Blockbuster – customers can rent a game and a movie (or two movies) for two nights, grab some Blockbuster popcorn, sweets and a bottle of cola.

People will be recorded and uploaded onto YouTube, where a T-Mobile’s casting panel will judge them. A few chosen winners will be filmed professionally for T-Mobile’s TV adverts, which will be aired on primetime TV over the next couple of months.

Lysa Hardy, head of brand and communications at T-Mobile UK, says: “We want as many of our customers as possible to get involved in the ad campaign, and we hope the giant sofa will inspire people to take part for their chance to star in their own advert on primetime TV. And if anyone wants to be involved but can’t make it down to the sofa they can still join in by recording their own clip and uploading it online.”

The sofa will be taken on tour across the UK, visiting St. Martin’s Square, Birmingham on 22 June, and Briggate in Leeds on 7 July.

Last month, T-Mobile unveiled the first phase of this advertising campaign, which will seek members of the public to reveal the theme for their perfect night in.

Night in follows the success of the Liverpool Street Station and Trafalgar Square flash mob ads, as well as an ad challenging a real-life aspiring musician to form a superband.

T-Mobile UK announced it would merge with Orange in September last year, formalising the deal in November and winning approval earlier this year. The brand will remain for at least another year with discussions underway on how the two companies should work together, but the parent company will be known as Everything Everywhere.

Investment product providers are failing to engage consumers who intend to invest, especially those most likely to have the wealth to buy their products. 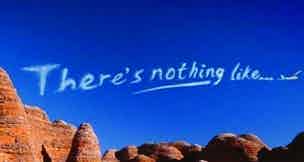