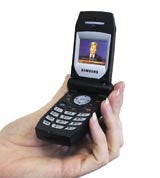 T-Mobile International chief marketing officer Nikesh Arora is to leave the company at the end of next month. It is not known if he has a job to go to.

Arora has been with the T-Mobile Group since 1999. He became chief marketing officer and a board member in 2001. He has been responsible for the T-Mobile brand, handsets, pricing and new products and services.

Arora, who joined T-Mobile from investment management company Putnam Investments, will leave the company on September 30.

He says: “After living on a plane for the past four-and-a-half years, supporting T-Mobile’s rebranding and third-generation goals and achieving integration as a global player, it is time for me to move on to more entrepreneurial pursuits.”

Until the appointment of Arora’s successor, chief executive officer René Obermann will assume responsibility for marketing .

T-Mobile International is the parent company of T-Mobile UK. A spokeswoman says Arora’s decision to leave will not affect the UK marketing department, which is headed by Sandy Munro.

T-Mobile UK’s advertising account is handled by Saatchi &amp; Saatchi and MediaCom looks after its media buying and planning.

The company has just signed a sponsorship deal with West Bromwich Albion Football Club. It is also the official mobile partner of rival Midlands clubs Aston Villa and Birmingham City.