The new TV ad, will be premiered during Britain’s Got Talent on Saturday night, and features a call to action for people to star in ads to promote Night In, its latest loyalty offer with Blockbuster.

Under Night In, T-Mobile customers can rent a game and a movie or two movies for two nights, grab some Blockbuster popcorn, sweets and a bottle of soft drink – all for £5.

The ad, created by Saatchi & Saatchi London, encourages people to submit audition films to star in future “Night In” ads, which are being filmed over the coming months.

Those wanting to star in the ads need to upload a video audition where they invite friends and family over for a “Night In” on YouTube. The best invites will be selected from the submissions, with those picked then having their Night In brought to life and filmed for TV.

Lysa Hardy, head of brand and communications at T-Mobile UK, says: “As the company that got people dancing in Liverpool Street Station and then held a mass sing-a-long in Trafalgar Square, we’re proud of our history in getting customers to be involved in our ads. We’re now really excited to hand over the reins of our advertising to them, letting them be the stars, so they can invite their friends round to enjoy our Blockbuster Night In offer. It’ll be amazing to see the results.”

T-Mobile’s Night In campaign runs throughout the summer, with each advert featuring at least one real customer. The TV advertisements will be supported by print and outdoor.

Night in follows the success of the Liverpool Street Station and Trafalgar Square flash mob ads, as well as an ad challenging a real-life aspiring musician to form a superband.

T-Mobile UK announced it would merge with Orange in September last year, formalising the deal in November and winning approval earlier this year. The brand will remain for at least another year with discussions underway on how the two companies should work together. 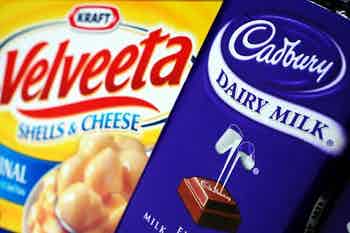