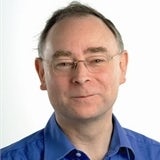 T-Mobile has ruled out following rivals such as Orange and O2 into the broadband arena on the basis that convergence could be a distraction for mobile operators.

Speaking to Marketing Week, the company’s marketing director, Phil Chapman, says T-Mobile will pursue a strategy of providing broadband over mobile phones for the foreseeable future.

Last month, Orange launched “free” broadband to customers spending more than &£30 a month. Meanwhile, O2 paid &£50m for broadband provider Be and is working on the provision of high-speed internet access.

Vodafone is also looking to move into broadband, and Virgin Mobile has been bought by NTL with a view to launching “quadruple play”.

But Chapman believes that technology is developing quickly in the mobile sector and that T-Mobile should be exploiting that.

He says: “There is a risk of confusing consumers because convergence is a complex area. Companies need to be clear about what benefits convergence brings.

“We’d rather invest in delivering a mobile broadband service. We have got to ask ourselves whether convergence could be a distraction rather than a benefit. We’re never going to say never but at the moment we’re saying the way forward is mobile and focusing on simplicity.”

He adds that T-Mobile is planning to launch a new burst of advertising, through agency Saatchi &amp; Saatchi, in order to promote its Everyone tariff.