The British Army has launched a TV ad campaign as part of a major recruitment drive for the Territorial Army, as previously revealed in Marketing Week last month.

The TV ad, created by Publicis London, is part of a broader campaign across social media under the “Do More. Be More” strapline. AKQA is working on the digital activity. 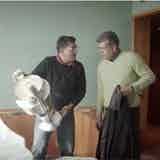