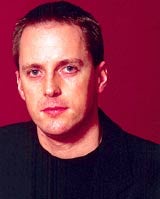 Two years ago, I was invited to speak about marketing digital radio at the UK radio industry’s conference. I cited a survey which showed that senior management opinion about the medium was, at the time, polarised between “white knight” and “white elephant”. I concluded that unless the industry united behind digital radio and marketed it collectively, radio per se would wither on the vine – superseded by other forms of digital audio content, increasingly tailored to consumer’s personal needs.

One year ago, the UK’s national commercial digital radio multiplex, Digital One was launched. There are now ten commercial stations broadcasting nationally, with local digital stations serving the major cities and more regional licences being awarded each month. All the leading UK radio groups are actively involved in the migration to digital and you’d expect the industry mood to be buoyant.

Today, despite an initial awareness push from Digital One, there is still controversy in the industry over how to promote radio effectively as a digital medium. Despite the industry’s best efforts, the number of digital receivers actually sold is estimated at 3,500 to 5,000.

In an attempt to provide a united front, it was announced last week that the UK radio industry is to join forces and establish a Digital Radio Development Bureau. While this initiative should be applauded, the DRDB faces a daunting task.

Retailers aren’t very enthusiastic about digital radio and receivers costing &£299 are still too expensive for all but hardened audiophiles. Although digital radio is currently “out there” and potentially accessible via satellite and, most recently, Psion’s Wavefinder, it will not gain critical mass until receivers become genuinely affordable. The DRDB is mooted to be considering supporting a &£99 retail price for Christmas 2001. Even at this price, they are unlikely to generate mass consumer take-up.

The DRDB could do a lot worse than to actively target the mobile phone market. UK penetration stands at 55 per cent and growing. Mobiles and radio share complimentary user profiles and usage patterns. Furthermore, mobile handset manufacturers and operators will need compelling added value services to tempt consumers into upgrading their phone or network. These new services must start to bring some emotional as well as rational benefits if they are to be attractive to consumers. What better than to give consumers access to a medium that is not only tried and tested, but trusted and engaging?

The DRDB has the opportunity to ensure that digital radio’s future gets brighter: the best way to prepare for the future is to shape it.

Matthew Pitt is co-founder and managing partner of Leap Communications