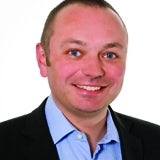 Ivan Browne, director at GfK NOP, says marketers and retailers have to make the most of December as prospects for the New Year look bleak.

Although for retailers and their marketing teams Christmas has been in full swing for the past few months, November and December is when consumers enter the fray with gusto.

But how much wind is there in the sails of the general public this year? Moreover, are there certain types of consumers who will be spending in the last few weeks of the busy season that retailers should focus on?

The 2010 festive market is shaping up to be an interesting one for a number of reasons. Since last year we have technically crept out of recession and have seen stronger than expected economic growth. Yet this has not been matched by a radical upturn in consumers’ spending behaviours – indeed, if anything, the Comprehensive Spending Review (CSR) and January’s VAT increase will only entrench the public’s economic caution.

Spending behaviours
Our research shows that the VAT increase is weighing heavily on people’s minds and will impact on spending behaviours both before and after its introduction, with 44 % of people bringing forward major purchases to avoid the hike. The CSR also seems to have affected people’s view of the economy – in June, 25 % of people believed the economy was on its way to recovery, whereas today this figure stands at 18 %. And, despite the more optimistic than expected economic results over the past few months, 25% of people still believe the United Kingdom is heading for a double-dip recession.

These factors have seen consumers tighten their belts further, and although 2010 will be fairly similar to 2009, we will still be spending less this Christmas. People’s individual spending on presents has decreased by a fifth over the past three years – falling from £412 in 2008 to £334 now. Significantly, 47 % say they have spread the cost of Christmas this year by buying over several months, meaning that companies banking on a surprise late surge may well be disappointed.

With people holding deep fears about the long-term health of the economy, big ticket items such as large electrical goods and furniture will be hard hit in the New Year by consumers limiting their spending. Such a pinched situation makes it all the more pressing that the maximum value is extracted out of the festive purchasing period, and the December Christmas shopper.

December shoppers
December Christmas shoppers are a distinct beast from November ones. For a start, they are more likely to be mildly disorganised creatures of habit rather than bargain-hunters, with 69 % stating they leave it late habitually and only 15 % hoping to strike a late deal. December shoppers are less inclined to put items on credit cards, pointing either to an inclination to make a series of smaller purchases or a readiness to make more cash purchases. Where they spend this money is also interesting, as they are more likely than their November counterparts to go out on the High Street than spend online or go to out of town shopping centres.

Furthermore, they are overwhelmingly more optimistic about the state of the economy than November shoppers (with only a third fearing the economy will get worse before it gets better as opposed to over half of November shoppers). Such economic optimism is not that surprising given December shoppers are likely to be male, and men traditionally have a rosier economic outlook due to their higher earning power. Add to this the fact that men are far more likely than women to go to just one place to get their shopping done and you rapidly see a captive revenue stream for any business able to market itself effectively to this audience.

John Lewis’ recent figures display clearly how retailers who market themselves effectively to their target market can boost sales – even against a sluggish economic backdrop. By bringing out new television advertising, having a broad range of goods and offering online price-matching, John Lewis is catering to the needs of its audience. For other retailers, tapping into the December Christmas shopper is one way to help absorb the impending impact of the VAT increase and CSR-dented consumer confidence. The real trick, however, will be to use this opportunity to turn these consumers into January, February and March shoppers.