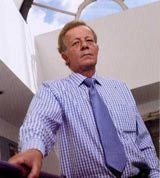 In the recent BBC series “Brassed off Britain”, direct mail was narrowly voted as the “worst” service industry by 24 per cent of participants, followed by banks at 23.4 per cent. The irony of the fact that financial services account for more than 30 per cent of all direct mail will not be lost on the industry – significantly, credit card mailings account for a disproportionate amount of cold-list direct mail.

If cold-list direct mail is junk mail, then perhaps it could be damaging your brand. But, apparently, it works, and financial analysts say that even at a one per cent response rate, it is cost-efficient. They always ignore the 99 per cent who did not respond – but should they?

Whether you believe the BBC gave a misleading or biased portrayal of the DM industry or simply accept that consumers hate junk mail, it seems naÃ¯ve to ignore the negative effect on the 99 per cent who do not respond to mailings.

Effectiveness has become the watchword for judging marketing success. However, effectiveness and short-term cost-efficiency should not be confused. In the age of the “triple bottom line”, where profits are viewed against the environmental effects and the company’s social responsibilities, is it wise for direct marketers to concentrate on short-term returns from the one per cent and ignore the rest?

In March, DMIS published Consumer Trends 2003, its biennial survey of consumer attitudes to DM. The study has been carried out by BMRB International since 1985, and during 2003 involved a representative sample of 598 adults. One of the most significant findings is the sheer quantity of DM that consumers receive.

Some 52 per cent of the weekly mail consist of mail-shots – this is the first time DM has dominated consumers’ weekly post. Perhaps the most startling growth has been in super-heavy receivers – those who get more than six items of DM a week. In 1993, just seven per cent of consumers fell into this group. By 2003, 34 per cent had become “super-heavies”. A further 28 per cent are heavy receivers, getting between three and five items a week. What used to be the exception has become the norm for most consumers.

DMIS also reports that, as volumes have risen, the number of people opening mail has fallen steadily, although, encouragingly, 60 per cent of mail is opened overall. However, this figure drops to 56 per cent for heavy receivers. Perhaps the most telling result is the fact that 80 per cent of mail where the recipient knew the sender was opened. It was then read by 57 per cent.

So our own industry statistics are pointing towards the fact that consumers are reaching saturation point and becoming irritated by DM. Given the privacy legislation that came into effect in December 2003, there is an argument that, inevitably, legislation on DM might be only round the corner. This is supported by the fact that virtually all the legislation and European Union directives are moving towards opt-in data, which means essentially consumer-permissioned data-gathering and, therefore, communications with consent.

There is a growing belief that the interests of the DM industry would be best served by moving away from negative-option boxes for list-gathering and moving towards an opt-in permission, as digital and mobile marketers have done.

If, as seems likely, the DM industry waits for legislation to force acceptance of permission-based marketing, it will have missed the opportunity to gain an advantage by making the first move. IPA digital marketers, the Interactive Advertising Bureau (IAB) and the mobile marketers – who set out their stall on a permission-basis from the beginning and have made spam a perceived outlawed area – gained the upper hand by taking the initiative. Another factor, which could also be part of the thinking in the mix, is postal deregulation. Could more licensed service providers mean more mail?

Now could perhaps be the time to build credibility for what has always been called a targeted medium, by harnessing all the available technology to deliver highly personalised relevant mailings from databases that have been gathered with consumer consent.

From an agency perspective, the volume of unsolicited DM does not contribute to its profits, as mail is not a commissionable medium. Most agencies are not paid by volume, but rather for their creativity and execution in delivering effective, targeted, personalised and relevant communication. At a time when brand and response advertising are converging in most other media channels and brand consciousness is paramount, best practice would seem to be more important than volume.

The industry must think hard about whether it should continue to defend those companies that bombard everyone with irrelevant and unsolicited mail.

2003 Head of direct marketing at the IPA

2000 Chairman of the Institute of Direct Marketing