The US banking giant Citigroup admits that it has ignored the UK consumer market for too long and hopes to use internet bank Egg, which it is buying from Prudential for £575m, to build its brand presence and market share in this country.

Despite being the world’s biggest bank with a market value of £136bn, Citigroup has a paltry consumer presence in the UK. Its bank network spreads to just five branches, mostly in London and the South-east, and its brand marketing has been “non-existent” for many years, according to one ad executive.

However, it believes Egg gives it the foundation on which to build a UK base, with some analysts predicting that it will be the first in a series of acquisitions. Citigroup has been linked with LloydsTSB and Barclays in the past, although one insider at the bank says such large acquisitions “come with their own problems and embedded cultures”.

Hitting the high street
He points out that the group is not just buying Egg’s book of 3 million customers but also the brand, and says Citigroup will build its platform and customer service. The Egg brand will enter the high street as Citigroup looks to build a bigger branch network, and Egg products will be added to Citigroup’s portfolio.

“We have done research in the past on various brands and where they fit, and Egg really does sit away from the pack,” says Singh. “It is way away from the other financial services brands, particularly the high street banks.”

Singh adds that even in the US, where Citigroup is known as a “great retail service brand”, its reputation falls far below that of Egg’s. “That is what is exciting – we have bought something that is well-loved as a financial services brand,” says Singh.

He says that after years of talking about building a UK presence, the bank is finally starting to do it. “We have been struggling with strategy,” he admits. “We have realised that we can’t just stay away from the largest gross domestic product in Europe.”

He says he hopes to give the bigger retail banks “stomach acids” and build a platform that is “way ahead of the pack” in terms of customer service, something for which banks are constantly criticised. Citigroup will continue its “mass affluent” strategy, centred on London and the South-east.

Last year, Citigroup restructured its senior management and marketing teams, promoting former Egg marketer Tobias van der Meer to head of retail marketing for Citibank (MW September 21, 2006). He is just one of a number of former Egg executives to work for Citigroup.

The deal has been seen as good news for Pru, despite it taking an £80m loss on its deal last year to buy out minority shareholders. It has drawn a line under a series of embarrassing u-turns and failures, including a much-criticised and short-lived assault on France.

However, despite giving Citigroup a big name brand and 3 million “savvy” customers, the jury is out on what it will mean for the US banking behemoth. 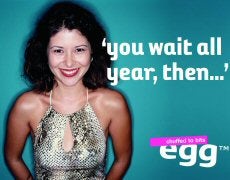 Lack of experience
One industry insider says Citigroup has the financial clout to make the most of Egg, while another suggests that Citigroup’s lack of branding experience in the UK may hinder any attempt to catch homegrown rivals.

“Citigroup has bought 3 million cool, savvy customers and can really build on that,” says one source. “Pru has had its own problems over the past few years. This divestment is amazingly good news for Egg because Pru hadn’t a clue. Citigroup has massive financial muscle and has a brand to reinvigorate and, boy, does it need it.”

The source believes Citigroup’s products will fit perfectly with Egg’s brand and can deliver redemption for the once trailblazing Egg. “It has lost its way,” he adds. “These things live on in tangible demonstrations of brilliance, which it has fundamentally failed to deliver.”

However, one advertising executive claims that Citigroup must learn how to brand build – and quickly – after failing to do so across Europe.

“There is no sense of creating or nurturing any brand at all,” says the source, adding that in Europe, management seems to have no sense of strategy.

Another industry insider adds: “It has acquired all sorts of businesses across Europe, with core growth being acquisitive and not organic. As a result it has a hotch-potch of banks and businesses, all different to each other but carrying the same name.

“One wonders what will become of Egg. You would hope Citigroup would want to get a return on investment. Therefore it has to understand what made Egg in the first place. It is a brand, first and foremost. It could be good, and by rights it should be good.”

Global impact
Yet Citigroup’s management insists it has a bargain – and one that will not only become profitable in a year, but will also improve the group’s internet offering globally.

Singh says: “We have been talking about being a major shareplayer in the UK market for years and now we have done something about it. Globally we are very, very excited.”

It seems that Citigroup has the financial clout and the expertise to revitalise Egg, but whether the internet brand alone can transform Citigroup into a credible player on the UK high street is another matter.

Citigroup/Egg – facts and figures
• Citigroup is the world’s biggest bank with a market value of $268bn (£136bn). It made a $21bn (£10.7bn) profit last year
• Profits at its consumer banking business in Europe, the Middle East and Africa were $725m (£370m) on revenues of $5.4bn (£2.8bn) in 2006 – 6% of the $12bn (£6.1bn) profits made by Citigroup’s consumer banking operations worldwide
• Citigroup has five bank branches in Britain, but plans to open more. It also has 100 consumer finance branches operated by Citi Financial
• The group is the world’s biggest issuer of credit cards, with 184 million accounts, but in Britain has just 1% of the market. The deal with Egg brings its share to 7%, quadrupling its 800,000 base by adding Egg’s estimated 2.9 million credit card customers
• Egg launched in 1998. Its market-beating rates led investors to plough £6.7bn into savings accounts within ten months
• Egg floated in 2000 for £1.3bn. Prudential tried and failed to sell Egg in an auction in 2004 for an estimated £1.6bn. The insurer bought out minority shareholders last year, valuing the business at £973m. Citi has paid £575m for the bank, twice Egg’s book value
• Last year, Egg notched up a £145m operating loss.

Whyte & Mackay, the Scottish whisky company which is the target of a bid from Indian drinks tycoon Vijay Mallya, is understood to have appointed strategy chief John Vincent as international marketing director…

An alliance of high-profile broadcasters, TV manufacturers and retailers is this week launching a campaign to make high-definition (HD) television available on Freeview. The HDforAll campaign aims to convince the public that the switch to digital television could lead to a division of the HD haves and HD have nots. It aims to achieve this […]