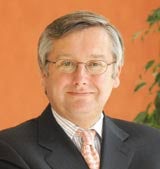 The future of the Allied Domecq marketing team has been put in doubt following the drinks giant’s takeover talks with Pernod Ricard.

In the event of a takeover, it is thought that Allied’s entire centralised marketing team would be subsumed under Pernod Ricard global marketing director Jean-Paul Richard.

Allied chief executive Phil Bowman is expected to make a &£14m personal fortune if the deal were to go ahead, but it is unlikely that he will remain with the merged business.

Bowman was responsible for the company’s decision to move its &£18m advertising business out of Cordiant Communications to Publicis, a move which ultimately led to the demise of the network that owned Bates UK and 141 (MW May 1, 2003). The agency deal is also likely to come under scrutiny following a merger. Pernod Ricard uses TBWA/London and bds beechwood for its advertising, and Media Planning Group to handle buying and planning.

Allied is also waiting for new global marketing director Peter Littlewood to join from Mars following the departure of Kim Manley. Manley resigned as chief marketing officer after the completion of a financial probe. Littlewood joins next week.