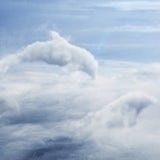 BA is returning to the mass market for the first time since jettisoning Go, forced by consumer demand for cheap flights and economic pressures. But with BA traditionally known for its business class service, will mixing business with low-cost leisure muddle the brand? By Mark Choueke

When Maurice and Charles Saatchi created the “World’s Favourite Airline” tag for British Airways in 1982, the strapline reflected a far simpler time for the national carrier.

While the airline remains the benchmark for business travel, and its Club World offering continues to receive major investment, BA’s new campaign – the first from Bartle Bogle Hegarty since it won the airline’s &£60m advertising business last year – is aimed squarely at the mass leisure market. It is in this area that low-cost carriers such as easyJet and Ryanair, and to a lesser extent Bmibaby and Flybe, have not just extended the market but also captured share from BA.

In 2003/04, BA reported a net profit of &£230m, up from &£135m the previous financial year. Profits increased again in March 2005 but this was set against the backdrop of a massive cost-cutting plan that included reducing external spending by &£300m and increasing the use of technology over manpower.

The bottom of the problem

Comparing the capacity of the major airlines between 2000 and 2004 makes for interesting reading. In 2000, BA provided 50.9% of all seat kilometres (km) available on UK airlines, but by 2004 this had reduced to 39.2%. During the same period, easyJet’s seat availability grew dramatically, from 5.8 million seat km to 25 million seat km, as it expanded to more destinations.

EasyJet also increased the number of passengers flying during this time, with more than 20% growth year on year since the airline launched in 1995, slowing to 15% growth only last year. The company will carry 35 million passengers this year while Ryanair expects to carry 40 million.

EasyJet, Ryanair and the rest are largely responsible for changing the face of the leisure travel market, making flights to a range of attractive destinations accessible to those who were unable to pay BA prices for similar journeys in the past. BA’s low-cost subsidiary, Go, though highly profitable, was sold – eventually to easyJet in May 2002. One analyst says/ “Nobody liked seeing a low-wage business succeeding while the high-wage BA business was collapsing.”

BA has to convince people that it is a viable alternative to its short-haul rivals. The BBH campaign points out the fact that its one-way fares, ranging from &£29 to &£39 for destinations such as Barcelona, Naples, Nice and Amsterdam, include complimentary refreshments and the facilities to check-in online 24 hours in advance and print a boarding pass before arriving at the airport. 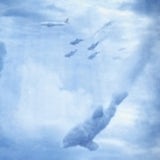 BA head of global marketing Jayne O’Brien says the campaign will change people’s perceptions of BA’s leisure offering. “We wanted to show that the leisure market and mass accessibility are important to us, she adds. “We’re not trying to be the cheapest airline, but our fares are competitive. Plus we offer all the service benefits and flexibility other airlines don’t provide. Customers will see the tiny bit extra they have to pay to fly with us as value for money.”

This is highlighted in the campaign, with its straplines such as “Cutting Prices Not Corners” and “Service You’d Expect, at Prices You Wouldn’t”. But the campaign is not just price-focused. The television ad shows clouds re-shaping to form dolphins swimming alongside a plane as a child stares out of the window. The press campaign includes the line: “We believe your holiday should start before you reach your destination”.

According to BBH business director Mel Exon, the ad strikes a “warmer and more democratic” tone than previous business traveller-focused campaigns. She says: “Many of the low-cost carriers tend to make you forget that flying isn’t just about running onto a plane to get a good seat that costs you a pound.” O’Brien adds that the clouds and the Leaving On A Jet Plane soundtrack by Zero7 singer Sophie Barker give an aspirational quality, and invoke the emotion of flying as part of the holiday.

Whether it will enable BA to straddle both the business and leisure markets without confusion is another matter. O’Brien admits this is a tactical campaign and says a BA brand campaign will follow in the next two years that will provide clarity on what BA stands for. She adds that it is likely to retain the classical music piece Lakme, strongly associated with BA’s premium offering.

Exon, however, is less certain, saying: “How we go about communicating the BA brand in future campaigns is what we start work on from now. Music is not the main question. Lakme is in BA’s DNA but whether it will play a future role is up for debate.” 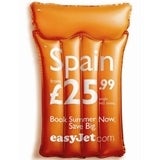 Ryanair deputy head of sales and marketing Caroline Baldwin is confident that BA’s offering will not eclipse Ryanair’s. She says: “BA’s perceived customer service is not as important to consumers as the airline thinks. Our planes are an average of two years old and our punctuality is way ahead of BA’s. In 2005 we had 90% of our flights arrive on time to BA’s 74%. Missing bags per 1,000 Ryanair customers was 0.5 compared with 17.7% if you flew BA. And our market share for short-haul European flights is double theirs, because we care about the things passengers care about – like arriving on time in nice aircraft with short flight times and bags arriving safely.”

Baldwin contends that BA cannot sustain its low-cost services in the long term. An easyJet spokeswoman agrees, adding: “BA employs more than 50,000 staff and flies 35 million people a year, while we employ about 3,500 staff and fly the same number of passengers, albeit much shorter distances. Low fares aren’t sustainable unless you have a low cost-base and have set your business up using an efficient low-cost culture.”

Although BA claims it can operate the new fares profitably and will complement them with strong premium business products, an aviation analyst says success will depend on profits made elsewhere. He adds: “The liberalisation of aviation employment in 1997 that let loose easyJet and Ryanair lost BA a fortune, but it has to fight back. It is being intelligent about it and has clawed back what was a recent &£300m loss in one year to a point where it is breaking even. Its success in the short-haul leisure market may require a significant number of business customers paying much higher prices on Club Europe short-haul flights.”

But one former airline executive offers a brighter prediction, saying: “Business and leisure travel can complement each other and BA can succeed in offering the less expensive fares to the leisure market while attracting the business customer to its higher fares. Business travel is bought differently to other segments. Companies buy thousands of flights per year at a discount so a big national carrier with an extensive route network is vital to them. The likes of HSBC couldn’t function without BA. Critics will say this is too little too late, but I see it as an intelligent strategic response to the market situation BA finds itself in.”