What is social media?
Social media uses web 2.0 web-based technology to allow users to generate and share content, as well as comment and interact with other users and their content. Within this bracket are social networking sites, such as Facebook, Twitter, YouTube and MySpace; blogs – essentially online diaries or logs; forums and review sites. Location-based social networking is also growing in popularity with sites such as Foursquare allowing users to connect with friends and update their location, collecting points at different venues.

How do companies use social media for marketing?
Brands are using social media in many different ways depending on their objectives, but some popular ways include/ corporate Twitter accounts to allow one-to-one interaction with customers; corporate brand pages on Facebook, allowing brands to share content and news, gather feedback and build a fan base; corporate YouTube channels to post relevant video and TV content, from adverts to behind-the-scenes footage and instructional videos; and corporate blogs, allowing brands to share insider news, advice, tips and industry experience and encourage customers to comment and interact.

When Comet’s Robbie Tutt comments about being asked by his colleagues when Comet will be “getting a Facebook page”, he’s not alone. A sense of having to catch up with others is causing execs in every industry to panic and, in turn, marketers to respond with often rushed and under-prepared campaigns.

However, there’s no need to worry. Yes, there are many companies getting it right and using innovative technologies. But the number of brands still fumbling their way through, or at a complete loss as to how to even start, is huge. The void between these two groups is growing every day and, even though the notion of falling behind is very real, no brand is alone in its fears about social media.

Chris Buckley, a director at social media agency Headstream, described social media to me as being made up from technologies, platforms, content and behaviour. The first two will change constantly and are removable, but the second two are what brands need to be focusing on to prepare themselves for what is fast becoming a completely different marketing landscape.

When you look at the behaviour that social media inspires, it’s about integration. Tools like TweetDeck allow you to update all of your profiles in one fell swoop. LinkedIn updates Twitter, Facebook connects with Foursquare. People are expecting to be able to link everything together, and they respond well to content that is both exciting enough to want to share, but has been presented in a way that makes it technically possible to do so.

With this comes the natural overlap of marketing disciplines. All of a sudden, PR is also search, search is also reputation management,reputation management is everything else. As people talk about brands everywhere online in a connected way, internally teams must realise that they need to be aware of what’s being said about their brand by monitoring the spaces where they have an official presence – and also where they don’t. Plus, there’s a need to communicate internally to deal with problems quickly or make the most of a great response.

There’s constant debate over who should manage social media. I hosted a session at Marketing Week Live to discuss the very topic which, though interesting, came to no concrete conclusion. Due to the two-way nature of social media, PR has become more prominent and the web has given credibility to the industry. There’s a natural fit between PR and social media, because the industry focuses on building relationships.

But whoever takes the reins, this is not a push environment, and promotion of a product isn’t the only gain. There’s huge potential to use social media for PR purposes, and by ensuring a brand has a good reputation, sales, engage-ment and coverage are positive repercussions.

There’s no doubt that the conversational side of social media is a massive opportunity for marketers, but it’s not the only one.

A social network like Facebook is also a massive media property; advertisers just have to approach it in a different way to other media outlets.

You only have to look at the size of Facebook to see the possibilities. Some 20% of total online display impressions are on Facebook. It’s massive in terms of reach, volume and the amount of time spent on the site. And it has massive penetration, especially in the UK.

On top of that you have the information people are putting on the site, which makes it a rich source of data for targeting. The additional benefit is that most of that information is actually true, because they’re sharing with their friends.

The way advertisers can address this opportunity is to vary the messaging they’re delivering based on the nature of the audience. We describe it as marketing to niches at scale; you don’t want to send the same messages to different niche targets, so you need technology. That’s the thinking behind our technology, which is called One Media Manager.

A Facebook ad has three elements/ headline, image and body copy. If you have 30 variants of each of those, you have 27,000 different ads, and you can overlay them with people’s interests, keywords or geographical location. We’re delivering 2 billion impressions a day, so we can find one ad creative that will work for one niche, another that will work for another, then bid up or down as appropriate.

Adrian Cockle
Head of online, WWF (World Wildlife Fund)
“I hope we see more of the talk turn to the type of conversations being had, rather than where they’re taking place. Most of us lose sight of what our audiences want – mostly they want transparency, honesty and good customer service. If you’re more focused on getting your ad to ’go viral’ rather than responding to the customers complaining about no one answering your helpline, you’ve got problems.”

Paul Say
Head of marketing, First Direct
“Using social media to enhance customer service will be key. Rather than waiting for customers to come to them, more brands will be venturing into the social media space to help their customers and deal with their issues. Firms will realise that the conversations are happening whether they get involved or not. The trick will be to ensure customers feel helped rather than observed.”

Fergus Boyd
Acting head of eBusiness, Virgin Atlantic Airways
“The immediate challenge is to master ’social search’ so we can bubble up in natural searches by virtue of being spoken about favourably in social spaces and being included in people’s friend/fan networks. The future will also see services coming to the people, rather than expecting them to come to us. We saw this coming and we were the first airline to launch a Facebook app (in collaboration with customers).”

Matt Pritchard
European digital planning director, Kellogg Europe
“The key thing is understanding that this is not the environment for a one-way message; you have to be willing to put in the time and effort to be part of a real conversation. For brands that have a real story to tell and are willing to have a conversation about it, social media will be central to their marketing mix. For those looking to tick a box and use it as a way to talk at communities, it will have no value.”

Jennifer Roebuck
Director of ecommerce and digital marketing, French Connection
“People are using their newsfeed on Facebook to stay in touch with their favourite brands and entertainment sources in addition to their friends. The only problem is it isn’t targeted towards your city or country. Geo-targeting apps are available to implement within your Facebook page allowing you to target people and make your communications more relevant.”

top tips you need to know 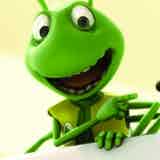 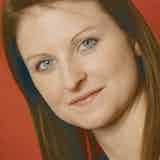 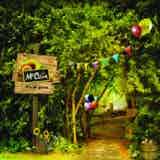 McCain Foods is launching a new website and £6m above the line campaign to drive engagement and long-term loyalty in its frozen food brands.