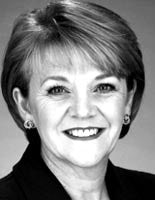 It’s not very often that Sir Richard Branson gets left with a red face.

But that’s just what happened at the height of the battle for the new seven-year National Lottery licence, when, last June, Branson failed to recognise one of Camelot’s more senior employees at a dinner party.

Camelot’s then chief executive designate, Dianne Thompson, bumped into the knighted one after taking a trip to powder her nose.

Ms Thompson asked him how the bid was going.

Branson revealed that it had just had “two great weeks with The Commission”.

Thompson replied: “Oh really, I haven’t heard anything about that.”

Seconds later the penny dropped and Branson squirmed: “Oh my God, you’re the lady from Camelot!”

The Diary hears Branson was left with an expression flatter than the sales of Virgin Cola.