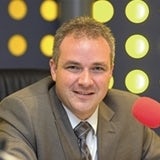 This summer should be a big one for UTV Radio-owned TalkSport. It is the only commercial UK station with official broadcasting rights for the World Cup and is planning blanket coverage of the tournament.

TalkSport will broadcast every game live on digital radio and will run post-game analysis and phone-ins. This week it is launching a &£1.5m advertising campaign across TV, outdoor and press to support the coverage with the strapline “TalkSport radio – bringing the FIFA World Cup home to you”.

UTV Radio shrugged off disappointing Rajar results for TalkSport for the first quarter of 2006 last week by focusing on the World Cup. The group reported a 16.6% decline in reach year-on-year to just over 2 million and its share of listening fell to 1.7% from 1.9% for the same quarter last year.

The group points out that its average hours had increased to 8.8 hours per listener per week but says: “TalkSport is focusing its concentration, efforts and money on extensive World Cup coverage.”

The radio group has come a long way since the departure of former Wireless Group chief executive and chairman Kelvin MacKenzie, who is perhaps more famous for his failed bid to sue Rajar than his management of TalkSport.

UTV Radio chief executive, Scott Taunton, who took over last July after its &£98.2m acquisition of the group, and his sales team have had to clear some hurdles to move TalkSport on from its associations with MacKenzie.

TalkSport commercial director Phil Quartly says that, prior to the UTV takeover, the five major media agencies would not deal with the station. He adds: “We have had a huge increase in brand interest.”

Taunton has also had to fight to get a place on the board of the new radio industry body, RadioCentre. He believes the big groups overlook TalkSport because historically it did not engage with the rest of commercial radio and underestimated the need to give local radio stations representation.

He is now concentrating on how to grow UTV’s radio interests. It will be bidding for licences and has shown it is keen to make acquisitions. Taunton is also looking into launching new speech-based formats from TalkSport’s Southbank base.

A review of the local stations was launched in February and Taunton has not ruled out some sales. He says the stations were given “no credit” by the previous management and as a result need significant investment in a number of areas, including improving the buildings that house them.

One radio industry insider says Taunton is frequently “disparaging” about MacKenzie “because it makes a good story”. But MindShare head of radio Howard Bareham says: “I think it has already emerged from that shadow and has progressed from what was in place.” He feels that the deal to buy 50% of local sales house First Radio Sales, which was announced shortly after the acquisition, was a sensible move.

Taunton may not have to fight the memories of MacKenzie for much longer but, like many, he believes that commercial radio has to get together to fight the BBC. He adds: “The BBC bid for the Premiership football rights was just slightly higher than the turnover of The Wireless Group. How does that represent value to licence fee payers?”