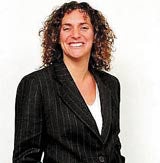 One of the UK’s best known advertising figures, Tamara Ingram has left McCann-Erickson UK without a job to go to, after less than a year in the role.

Ingram resigned from McCann last week after control of the advertising agency was taken away from her by Ben Langdon, the chief executive and chairman of McCann-Erickson World Group EMEA.

Langdon says he decided to split Ingram’s role, offering her the role of running McCann’s multi-discipline division World Group in the UK, while her responsibility for running the ad agency would be handed to someone else. He adds: “She has decided not to take up her new role and move on.”

Langdon refused to be drawn on claims that he moved her out of the ad agency after a poor new business performance and complaints from some of McCann’s clients. An insider says: “Tamara’s face just didn’t fit there.”

Foreign exchange operator Travelex has paid Â£1m to sponsor Sky’s coverage of the cricket World Cup, which begins in February.

Debit and credit processing company BACS has appointed Partners BDDH to handle its &£2m Direct Debit creative account, previously held by Euro RSCG Wnek Gosper. Partners BDDH won the business after a three-way pitch against Miles Calcraft Briginshaw Duffy and D’Arcy/Leo Burnett. The review, which was handled by the AAR, was called in August last […]

DraftWorldwide has launched its first marketing campaign for Chicago Mercantile Exchange. The branding campaign includes print and TV advertising in the UK and US.