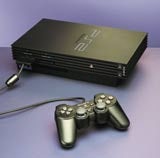 Britvic Soft Drinks is to align its Tango brand with the booming computer games industry by striking a deal with PlayStation 2 (PS2).

The partnership with the Sony games console begins with a &£2m Tango instant-win on-pack promotion. The company is billing the promotion as the biggest for “fruit-fizz” drinks – a category which includes rival Coca-Cola-owned Fanta.

Sony’s latest accessory for the PS2, the EyeToy – which allows players to appear in games via TV technology – will feature in the tie-up. The promotion begins on July 21 and is supported by press advertising across youth and gaming titles and in-store activity.

The link with PS2 is part of Britvic’s &£11m initiative to restore the brand to its former glory. Other elements are rationalising the number of variants to four, including the new Tango Fruit Fling, introducing transparent packaging and an advertising campaign by Clemmow Hornby Inge.

Carbonates controller Adrian Troy says that gaming is an underexploited area for soft drinks. Rivals Coca-Cola and Pepsi have instead sought sport and music partnerships.