This has been a tough month to be a woman. The election of Donald Trump, while not completely unexpected, has nevertheless been destabilising. Here is a man whose contempt for women is so blindingly obvious, a man under whose presidency women’s rights in America will be diminished, actually winning the votes of women. It is quite extraordinary.

Closer to home, 10 November was Equal Pay Day, a timely reminder of the gender pay gap, marking the day from which women will effectively be working for free for the rest of the year.

So what do you do? It’s not enough to wring your hands or share articles on Facebook. You need to do more. Personally, I’m going to do more to support individual women. Professionally, I want to encourage people in our profession to take women seriously, both as colleagues and consumers. I’m always happy to talk about the first, but right now I want to look at the second.

Campaigns using everyday women and honest messaging in the right tone of voice can be very effective.

As marketers, we all know the power of the female consumer. We are, after all, her; her money, her influence, her engagement. And yet so many campaigns fail or aren’t as effective as they could be because we don’t use what we know about our audience when we develop and execute campaigns. We start off with a good idea but get distracted, or fail to test our thinking with our audience. I am sure you can think of one or 10 offenders.

But some brands – though not nearly enough – do get it right. One campaign that has thought about its audience, what it wants her to feel and do, is the Boots No 7 ‘Match Made’ campaign featuring novelist Chimamanda Ngozi Adichie. I love it. I love its bravery. Here is a make-up brand that is honest enough to say “make-up doesn’t actually mean anything, it is just make-up”.

I love the fact that Adichie is the face of the campaign. For the few of us who recognise her as a feminist writer and thinker, it is liberating to hear ‘someone like me’ say it is okay to like make-up, that it can make you feel like a better version of yourself. Women of colour see  a black woman talking about Boots and breathe a sigh of relief that perhaps we will be able to get a foundation to match our own skin tone. All women will see an attractive, articulate woman, who isn’t a size zero or a model, being honest about how she feels about make-up.

I love that Boots has produced a huge amount of content to support the campaign on its own channels, using Adichie’s talent with words to engage and generate discussion.

This is the second Boots campaign to engage with women in the traditional beauty territory in a non-traditional way. I was excited to see its previous campaign featuring ballerina Alessandra Ferri earlier in the year but was worried it was a one-off. This campaign suggests that it wasn’t. Boots really does seem to be willing to treat female consumers with respect, making an effort to think about what women are actually thinking, what is really stopping them buying their products and what might make them more open to do so.

I hope that this marketing approach is having an effect, that levels of brand trust and consumption have risen. Because it is the case that women, like everyone else, want to be treated with respect. Consumers want honesty and authenticity. Yes, as marketers we need to sell aspiration, but we can do it with integrity.

Campaigns using everyday women and honest messaging in the right tone of voice can be very effective. And importantly they make for the best relationships with your audience.

Sport England’s ‘This Girl Can’ was only above-the-line for nine weeks in 2015. The TV and out-of-home ads set the tone for the campaign, which has lived online since its launch two years ago. In that time it has built an extraordinarily engaged online community of more than 600,000 who are constantly talking about it (it has been talked about on social media every day since launch), sharing and promoting it and so becoming a key advocacy channel.

So my post-Trump challenge is: don’t be a Donald, think about women.

Tanya Joseph is the former director of business partnerships at Sport England and Masters of Marketing marketer of the year 2015. 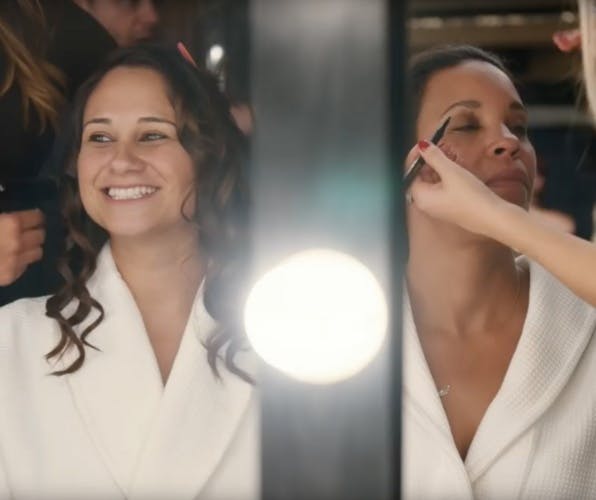 Boots has shifted strategy for its Christmas campaign, focusing on emotion by celebrating working women rather than pushing product as it did last year.