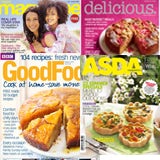 Within the sector, there is a mixed bag of results between the free and paid-for titles, according to the latest ABC figures.

Asda’s magazine has taken over Tesco’s to become the top-circulating title in the cookery and kitchen sector.

Tesco’s free flagship magazine, published by Cedar Communications, reported a yearly distribution decline of 3.5% to 1,983,837, down 0.7% for the six month period.

Its free sister publication Tesco Real Food, which launched in March to complement the flagship magazine, also saw a distribution decrease of 3% for the six month period to 1,212,500, meaning both titles do still outweigh Asda when combined.

The free Morrisons Magazine, published by Result Customer Communications reported a distribution increase of 14.7% for the year to 1,117,712.

John Brown’s £1 Waitrose Kitchen, which launched in April saw circulation up 2.3% in the period to 346,761, making it the most-circulated paid-for cookery magazine.

In the paid-for cookery and kitchen market, BBC Worldwide’s Good Food posted a strong period on period circulation increase of 8.6% to 332,198, but is down 5.5% year on year.

BBC Magazines publishing director for food Alfie Lewis says: “The reach of the brand is far higher than it has ever been. We focus on high quality content across all formats, despite the fact that some of these are free, and we think this has helped grow our reach and fame.”

Lewis says the Good Food website achieved 3.7 million unique users for December and praises the title’s other “world class” digital formats such as the iPad app which launched in January.

Sainsbury’s’ brand ambassador, Jamie Oliver, is also the face of a standalone magazine, Jamie, which reported a 13.7% year on year decline to 63,120, but managed to regain 13.7% for the six month period. 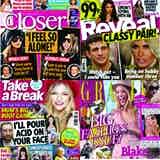 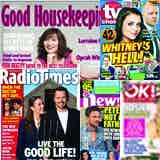 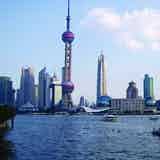