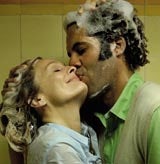 Digital marketing agency TBG London has picked up DatingDirect.com’s 1m online account without a pitch. It has been tasked to handle the dating agency’s online creative and media businesses.

TBG had previously designed a campaign for DatingDirect.com, the UK’s largest online dating agency, which ran across Microsoft portal MSN.co.uk.

The campaign will now be rolled out across other networks and will be supported by a number of virals encouraging surfers to sign up to the service.

Its first retained work for the client runs on the theme “Get hit by lust”, and is based on the feelings couples have when they first meet. The agency is also expected to work with DatingDirect on developing its online strategy.

In January, the dating agency, which was founded in January 1999, signed a 12-month partnership with GCap Media to include its premium dating services on the radio company’s websites.

TBG, a full service digital marketing agency, was founded in 2001 and handles, among others, American Express and Thomas Cook.