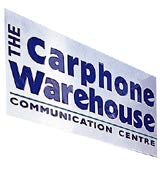 The &£10m Carphone Warehouse advertising account is poised to leave TBWA/London, following the decision by two of its senior management to set up a new agency.

Simon Clemmow and Johnny Hornby, the chief executive and joint managing director, are to leave the agency in June and are expected to take the mobile phone retailer’s business with them.

TBWA’s other joint managing director, Garry Lace, is now expected to take the reins at the agency, following two other management changes.

The announcement comes in the middle of TBWA’s high-profile advertising campaign for the Labour Party. Both Clemmow and Hornby have been heavily involved in winning the business and overseeing its strategy.

Commenting on his decision to leave TBWA, Hornby says: “Although I am very sad to be leaving, we are making sure it is amicable. I also hope to stay and oversee the Labour campaign, if there is an election in June.”

Clemmow and Hornby are actively looking for a creative team.