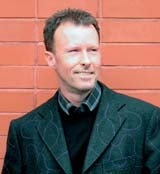 TBWA is grouping its Manchester agencies under a collective umbrella to sell an “integrated” message to clients and staff.

Each will continue to be run by their existing agency heads, although Kemp, former Tequila/Manchester chairman, is hoping to introduce an overarching TBWA/ Manchester management. Other functions, such as new business and planning, could be run from a central point.

Kemp says the move is part of a global TBWA objective to integrate its different functions in each location more fully. He says: “In the UK, TBWA management, for reasons of proximity, decided that Manchester would be a good place to experiment.”

Staniforth has already moved from its central Manchester offices to Didsbury, where the other TBWA/Manchester agencies are based.

Kemp says the Manchester banner will be used to promote the range of agencies and services available, offering a more integrated approach to clients. It could also be used in pitches when more than one of the agencies join forces to secure business.

Kemp has been promoted from chairman of Tequila/ Manchester, a post he has held since January 2005, when the company acquired the agency he headed, MKP.