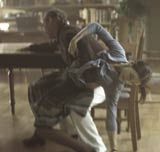 France Telecom is gearing up to make sweeping changes to its &£500m pan-European advertising agency roster. TBWA/Paris is believed to be in pole position to pick up the lion’s share of the business.

Sources say the company is close to consolidating the business, which could include advertising responsibilities for its Orange and Wanadoo brands, into the Omnicom-owned shop, which is France Telecom’s corporate agency of record.

A France Telecom spokesman denies a decision has been made and says a pitch will not begin until next year. Earlier this year, France Telecom held a beauty parade of agencies to pitch for the combined Orange/Wanadoo business, but no appointments were made.

There has been speculation that France Telecom will make the Orange brand the corporate and consumer face of the company following its decision to merge Wanadoo into Orange from next year.

Insiders say executives are still debating the issue, but several advertising sources believe TBWA/Paris is on the verge of being handed the bulk of the consolidated account.

The agency is thought to have performed well in the pitch for Wanadoo’s &£80m pan-European advertising account earlier this year, and there would be no conflict problems because it does not have another telecoms client.

France Telecom admitted in February that it was looking to consolidate its advertising business in the same way it that did its media (MW February 3).

It is not known how any consolidation would affect Mother, which handles Orange’s &£67.6m UK account, or M&amp;C Saatchi, which looks after Wanadoo’s &£15.1m UK business.